Baby wipes are not the best at cleaning up blood or what happened to Thornhill in Amsterdam.

They told Thornhill it would be a simple spy mission that he was more than eager to take on, but of course, it wasn’t.

It didn’t take long after meeting the contact for Thornhill to question if he or anyone else connected to him was going to be able to make it out of Amsterdam alive. Passing strangers on the streets became potential hitmen and dinner with criminals became safe heavens as Thornhill seeks to find answers from an old man named Golay. 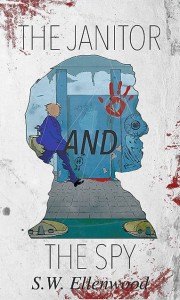 3. Thornhill could see them slowly walking toward him on the other side of the street. A tall black man with sunglasses, wearing an FC Barcelona jersey a size too big, walked between two shorter Caucasian men; one wore a gray hoodie, which obscured his face, while the other was clad in a black stocking cap and a long-sleeved Miami Heat shirt.

“Can you get anything on them, Mallory?” asked Jones.

“Working on it now,” replied Mallory.

“You see, my story is a long and sad one,” Golay continued. Thornhill kept his ears on Golay and his eyes on the three men approaching the coffee shop. “But I wish to tell it before they find me.”

Mallory chimed in. “They’re small-time criminals, been in and out of prison for theft and drug possession.”

The man wearing the stocking cap walked into the coffee shop, quickly glancing at his mobile phone as he entered. The other two men stayed outside.

“One’s entered the building,” said Jones. “He has a cell phone open.”

“That’s very interesting,” said Thornhill to Golay. “What else can you tell me about your book?” Thornhill locked his eyes on Golay, but was still able to see the man approaching them trying to conceal the pistol under his large shirt.

Golay looked confused for a moment and then got the hint. “The title would be Trust. What do you think?”

“He’s looking at a picture of Golay,” said Mallory rapidly. “You’ve all been compromised!”

“Permission to open fire on the hostiles outside,” requested Jones.

The man slowly passed their table, first looking at Thornhill and then Golay. He slowed down as he stepped out of Thornhill’s view. Thornhill knew the man had found his target.

“Go for it,” said Thornhill. And Jones opened fire. A bullet ripped through the black, entering through the back of his spine and exiting a couple of inches above his belly button. He fell to the ground, dead. Thornhill immediately pulled out his handgun with his right hand and spun around to hit the man behind him, catching him right on the jaw with the butt of his gun. There was the snap of a jaw breaking. The man in the stocking cap fell to the floor, unconscious and bleeding. The third man ran.

Thank you, S.W. Ellenwood and RachelsRandomResources.

S. W. Ellenwood is thankful to have a close-knit family of two parents, a brother, and two sisters. A homeschooler who graduated college from the University of Arkansas – Fort Smith, Ellenwood loves all forms and genres of stories and was inspired by The Lord of the Rings films and his parents to write. You can find Ellenwood writing his next novel at the local coffee shops or playing table top games with his best friends. 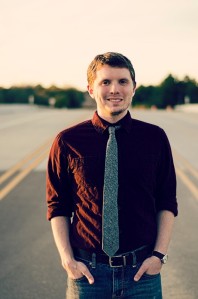