Beth Haldane, SE21’s answer to Miss Marple, thinks she is going for a carefree stroll on Peckham Rye with her best friend, Katie, and her annoying new puppy, Teddy. But before Beth knows it, she is embroiled in her most perplexing mystery yet.

Strange events from her family’s past, present-day skulduggery in the art world, and the pressures of moving school in south London threaten to overwhelm Beth. Will she be able to piece together the puzzle before her son’s crucial interview at Wyatt’s? Or will Beth’s insatiable curiosity finally drag down all her dreams for the future?

Join Beth, her irascible on-off boyfriend, Detective Inspector Harry York of the Metropolitan Police, and the dog walkers of Peckham Rye in a tale of murder, mayhem – and bloody revenge.

Book 5 in the series and my second one. I was so charmed by the main character in the stories that I was really looking forward to the sequel.

Well, Beth is still funny and the author had me totally eating out of the palm of her hand by having not one but two dogs playing a big role.

When I compare the two books I have read, I feel like this one was slower paced. In my opinion the focus was more on Beth’s private life than on the murder case, but it did not disturb me. I liked the story even though I had an inkling about the culprit rather early one, which did not disturb me either. I was certainly pleasantly surprised when everything was revealed because the author had kept something up her sleeve until the end.

Overall, this story was a fun read with wonderful (furry) charachters.

Thank you, Alice Castle and RachelsRandomResources.

Before turning to crime, Alice Castle was a UK newspaper journalist for The Daily Express, The Times and The Daily Telegraph. Her first book, Hot Chocolate, set in Brussels and London, was a European hit and sold out in two weeks.

Death in Dulwich was published in September 2017 and has been a number one best-seller in the UK, US, France, Spain and Germany. A sequel, The Girl in the Gallery was published in December 2017 to critical acclaim. Calamity in Camberwell, the third book in the London Murder Mystery series, was published this summer, with Homicide in Herne Hill following in October 2018. Alice is currently working on the sixth London Murder Mystery adventure. Once again, it will feature Beth Haldane and DI Harry York. 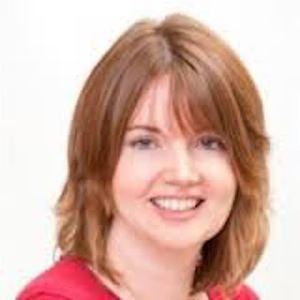 2 gedachten over “Revenge on the Rye – Alice Castle”