It’s a shocking blast from the past when homicide detective Jake Carrington finds himself investigating the last woman he’d suspect of murder . . .

Recovering from a stab wound to the gut, and dealing with the news that his sister’s killer might beat the system, Lieutenant Jake Carrington needs some downtime. But that’s cut short by a very sensitive case: the murder of the police commissioner’s wife. The crime scene—a dive hotel, complete with provocative, incriminating photos—suggests the victim was having an affair. But Jake finds that hard to believe—as hard to believe as the #1 suspect . . .

Jake hasn’t seen his high school sweetheart, Melinda Mastrianni, since the day his sister, Eva, died. He’d turned down Eva’s request for a ride so he could go see Melinda, and the guilt has never left him. Now Melinda’s a local photographer, mostly shooting weddings and graduations. Definitely not the kind of pics that led him to her doorstep. But when Melinda disappears, and more prominent women turn up dead, Jake will have to navigate through a twisted blackmailing scheme to find out if the girl he once knew is long gone—or if she’s a killer’s next target . . .

All the Pretty Brides

Homicide detective Jake Carrington has an engagement that can’t wait—with a killer. Haunted by the murder of his sister, Lieutenant Jake Carrington struggles to control his personal demons as he stands over the brutalized body of a young woman found dead on the railroad tracks. The victim disappeared on July 6th, the fifth woman in as many years to go missing on that date. The fifth happy bride-to-be. The only one whose body has turned up. Soon the killer is sending personal messages to Jake. They refer to an unidentified brother he believes Jake hates as much as he does. With his partner distracted by turmoil at home, Jake is on his own. Drawn deeper and deeper into a murderous family feud, his mission is to find out who the killer’s brother is—and stop him before another innocent woman’s life is cut tragically short. 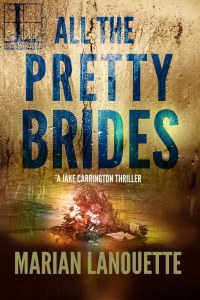 All the Hidden Sins

When it comes to crime, homicide detective Jake Carrington plays for high stakes . . .

Assigned a missing persons case, Lieutenant Jake Carrington investigates a local Mob boss. The trail goes cold, but the Mafioso isn’t taking any chances, and soon the heat turns up from another quarter. Turns out there’s more than one dangerous suspect . . .

Kyra Russell is drop-dead gorgeous and Jake is only human. But despite their mutual attraction, Jake’s suspicion deepens when he learns about her gambling problem—an addiction that cost her both husband and son. Even more disturbing is Kyra’s day job. She runs a crematorium—and it’s tied to the Mob. Now Jake will have to navigate a firestorm of treachery to get to the truth . . .

All the Deadly Lies

The victim was bludgeoned, stripped, and left for dead. Shanna Wagner deserves justice—and there’s no better cop than Lieutenant Jake Carrington to find her killer. The brutality of the crime reminds Jake of his sister’s murder seventeen years ago, and the remorseless man responsible, now up for parole.

Then another woman is killed—and Jake goes dangerously close to the edge. He’ll have to face his personal demons and focus his formidable skills if he hopes to stop a vicious murderer from striking again—and hold on to his career, and his life . . .

All my Jake Carrington Thrillers have been inspired by aspects in and around my life. When I was twenty years old, I was offered an office job at a cemetery in my fading central Connecticut industrial town. The cemetery superintendent who hired me was a visionary who realized property boundaries would hamper the growth of the century old business, so he opened a crematorium, too. I’d like to have died myself when I found out I had to assist with the cremations. As I look back working at the cemetery/crematory was the best job and best boss I had outside of writing.

How All the Hidden Sins came to life was due to my overactive imagination. While performing the cremations my imagination ran wild with what if scenarios. It took another twenty years before I created and put these ideas to paper. And now I’m excited to share Jake Carrington’s Thriller series with you. I’ve used that experience with cremations as the focal point in All the Hidden Sins, the second book in the series. All content is pure fiction from my inquisitive and devious mind.

In the first book, All the Deadly Lies, it explores how secrets and ego lead to deadly results. The brutal death of a student forces Jake to revisit his sister Eva’s murder seventeen years after she was killed. Her killer is now up for parole and Jake is forced to divide his attention between solving the young student’s case and dealing with his guilt. If he’d only given Eva a ride to her destination when she asked, she’d be alive today. He lives with that remorse every day.

A self-described tough blonde from Brooklyn, Marian Lanouette grew up as one of 10 children. As far back as she can remember, Marian loved to read. She was especially intrigued by the Daily News crime reports. Tragically, someone she knew was murdered. The killer was never found. Her Jake Carrington thrillers are informed by her admiration for police work, her experience in running a crematorium, and her desire to write books where good prevails, even in the darkest times. Marian lives in New England with her husband. Website * Facebook * Twitter * Pinterest * Bookbub * Amazon * Goodreads 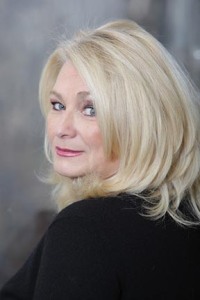