Vinnie’s romantic holiday did not go as planned. There was an assault, his companion was threatened and the police asked them to leave.

And when Vinnie returns to his police job in Manchester, things don’t get much better, as he finds himself at the heart of an investigation that stretches from Manchester to all corners of Europe. Women are being trafficked into the UK and forced into prostitution, and while the police are diligent in their enquiries, they seem to have a rogue in their midst.

As events unravel, the lines between good and bad, police and criminals, seem to become more and more blurred… and the stakes for all involved are getting higher. 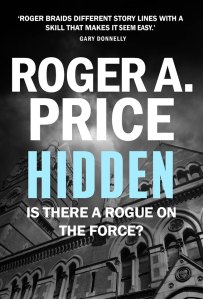 All five of my novels, including the three in the Badge & the Pen series, have a male and a female lead. When I started writing, I was (and still am) under the impression that strong female lead characters are underrepresented in modern British crime fiction. I wanted to address this.

After my first two books came out I changed publishers so needed a new thematic. When in the cops, I was aware that the police and press sometimes had a fractious relationship. The cops would rely on the media for help, but didn’t like it if they were held to account when falling short on an issue. I never had a problem; my view was that each was after the truth. They just had different agendas. I therefore thought it would be fun to play a senior detective and an experienced investigative reporter off against each other. Both being strong characters which would rub each other the wrong way occasionally, but often help each other out just as much.

Whichever way around I played it, one would have to be a male and one a female. I settled on female for the reporter role as most of my experiences in the police had been with female reporters. There are no doubt just as many male reporters, but I just haven’t met many. It was also easier for me to write about a male DI because I had been one.

So then the problem became that I had to try to put myself in to the mind-set of a female character. I hope I’ve pulled it off. But as to which I prefer to write about: Vinnie or Christine? I enjoy being in both heads, they are so different, yet so alike, I just couldn’t choose a favourite.

Thank you, Roger A. Price and Love Books Group Tours.

I’ve spent over thirty years in the police retiring as a detective inspector in charge of a covert unit. I can’t write about those experiences, but I can base my fiction on them. Please check out my website: http://www.rogerapriceauthor.co.uk. And if you join my Readers’ Club Mailing List you will receive a FREE short story and the odd newsletter, thanks, Roger. 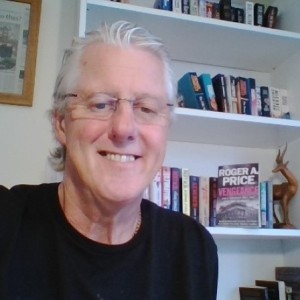