His world. His rules. Her love.

Though his methods may be rough, when it comes to protecting what’s his, Russian vor Sergei Petrovyh’s heart is always in the right place. That’s never been more true than when the gorgeous Evette Labadie asks him for a job. He knows enough to keep his hands off someone as beloved by the locals as Evie, but there’s something about her that calls to him—no matter how badly he burns to make her his.

Don’t think Evie hasn’t noticed the powerful Russian mafia boss who makes her favorite diner a regular stop. How can she not? He’s as hot as his reputation is dangerous. But everyone in her struggling New Orleans neighborhood knows he’s the man to turn to. And right now she needs money to get her son out of trouble.

Her other needs—needs she knows damn well Sergei can more than satisfy—will have to wait.

Evie soon finds herself playing Cinderella to a man who, despite what people believe, is definitely more prince than villain. She can’t help falling deeper in love with each passing day. But when a turf war between Sergei and a rival brings violence to her doorstep, Evie must come to grips with loving a man who will do anything to defend her…or walk away from her best chance at a happily-ever-after of her very own. 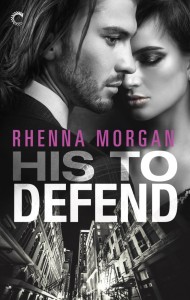 Evette pinched the business-size check from her former employer a little tighter and glared at the cleaning company’s logo in the top corner. On any other Friday, the money would have meant inching closer to some semblance of security for her and her son, Emerson. A step toward unraveling the mess she’d created for her life. Today, the unexpected termination that had come with her weekly pay felt more like a sucker punch to the gut. Yet another obstacle to overcome after too many damned years running the gauntlet and never even glimpsing the finish line.

Maybe she could get a job cleaning at one of the hotels. God knew the French Quarter was packed with them, and she was pretty sure she could count on regular shift work, like the office cleaning crew she’d been on. Though, how she was going to land one by Monday when it was already close to 4:30 on a Friday afternoon was beyond her. And landing something quick was the only way this latest setback wouldn’t force her into dipping into Emerson’s school fund. Plus, there was the hurdle of what would happen if they called her old company for references and found out she’d been fired for a security breach.

The commuter bus swung onto Tulane headed toward Mid-City, and Evie’s spirits sunk a little lower. If someone had told her when she was growing up that she’d be a single mom living in one of New Orleans’s rougher parts of town at twenty-eight years old, she’d have laughed in their face. She was going to be a fashion retail buyer—or at least have some kind of career in fashion. She was going to travel the world. See things. Know people. Adventure her way through life and suck it dry.

Then her mom had died, and she’d gone off the rails.

She sighed and slunk a little farther down onto the hard plastic bench, the run-down stores, bars and restaurants along the roadside passing in a blur while the vibrations from the bus’s engine rattled clear to her bones.

Get knocked down seven times, stand up eight.

If she had a dollar for all the times her momma had said it and all the times Evie had echoed it in the last eight years, she’d be driving a Porsche toward the Garden District right now instead of a barely livable apartment.

But her momma had made it.

Raised Evette through her tumultuous preteen years after her daddy’s death and made it look easy. It hadn’t been until a year after Emerson had been born and Evie had found the courage to read some of her mother’s journals that she’d realized just how much of a challenge her mother had really faced. How much she’d given up and how alone she’d felt through every second.

Evie understood it now. Knew to her very marrow the sacrifices that had been made on her behalf.

And she’d thrown it all away nursing her grief.

Resolve and a whole lot of stubbornness revved her energy and forced her taller in her seat. Pity was what had gotten her into this mess to begin with, and she’d be damned if she went that route again.

Labadie women didn’t quit. Didn’t give up. They faced whatever they needed to face, and they smiled doing it. Eventually, she was going to find a way to give her and Emerson the world. She just might have to scrimp a little longer and get more creative to make it happen.

A native Oklahoman, Rhenna Morgan is a certified romance junkie. Whether it’s contemporary, paranormal, or fantasy you’re after, Rhenna’s stories pack romantic escape full of new, exciting worlds, and strong, intuitive men who fight to keep the women they want. For advance release news and exclusive content, sign up for her newsletter at http://RhennaMorgan.com 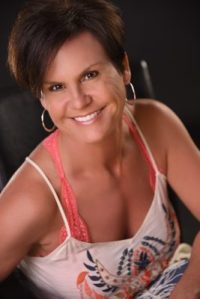