A bloodied body buried in a snow bank on a remote island off Cape Cod.

A cold case in Kansas.

What’s the connection between two unrelated murders over a thousand miles away and decades apart?

In Death In Smoke, the thrilling sequel to Death In Vermilion, artist Leila Goodfriend unravels the truth about two brutal killings.

From Cuttyhunk Island to a Native American casino in Kansas, Leila tracks a trail of blood and revenge, littered with smoke screens and stone relics of a faded past.

Once again, Leila has to trust her instincts, which puts her at odds with Detective John Grace—a relationship of attraction that, in the end, reveals a tragic secret from her own past.

Despite the detective’s warnings, Leila puts her life at risk, obsessed with proving her friend’s innocence, at least of murder. 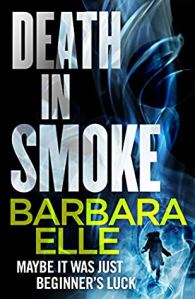 Barbara Elle fell in love with books and writing at a young age, honing her writing chops as a copywriter at major publishers and as a freelance journalist.

Barbara Elle continues collecting characters and plots, often traveling the world with her touring musician husband, the musical director for rock and roll icon Cyndi Lauper. In her travels, Barbara has explored Buddhist temples in Beijing, crypts in Vienna and Kabuki Theater in Tokyo. 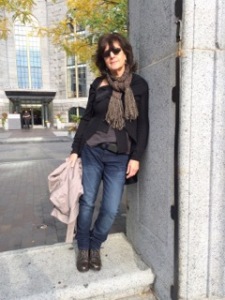