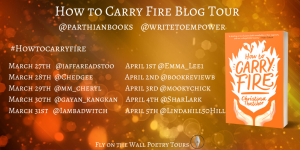 How to Carry Fire was born from the ashes of family addiction. Beginning with the burning down of her childhood home, Thatcher explores how fire can both destroy and cleanse.
Her work recognises embers everywhere: in farmhouses, heroin needles, poisonous salamanders.
Thatcher reveals how fire is internalised and disclosed through anxiety, addiction, passion and love. Underneath and among the flames runs the American and Welsh landscapes – locations which, like fire itself, offer up experiences which mesmerise, burn and purify. This poignant second collection reminds us of how the most dangerous and volatile fires can forge us – even long after the flames have died down. 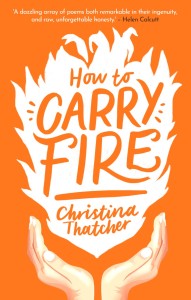 The Landscape(s) of Home in How to Carry Fire

In an essay for Geography, Owen Sheers says: ‘I fell in love with landscape long before I fell in love with poetry’. This was true for me as well. I grew up on a horse farm in eastern Pennsylvania. I didn’t travel as a child so the bigness of the world seemed to be contained within that farm: the front pasture where horses would trot alongside cars as they entered, the L-shaped paddock with its oblong water trough and bat-filled shed, the back field which required a leap over a stream and an uphill scramble. The arteries of the barn reached out farther too — first into the riding ring where we practiced our equitation and, then, into the woods where we rode for pleasure. These trails were our gateways to the rushing creek, the swimming hole, the iron bridge, the jumping logs and much more. When I was young, everything in the world felt like it led back to the heart of the barn. 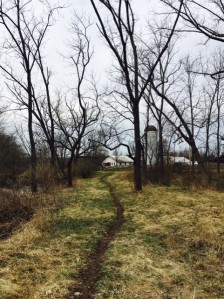 As I became a stronger rider I was allowed to venture further, off our Ottsville property, to places like Lake Nockamixon and the Bucks County Horse Park. I only ever went this far with my Mom, her eyes peeled for tractors and cars, for anything that might spook our horses. Fear and danger felt much more quantifiable then, linked only to things we could easily name, spot and avoid. There was never talk on the farm of crime or climate crisis, of epidemics or politics. This is not to say that these things didn’t exist; of course they did. It is just that I was never really aware of them as a child, too distracted by the rapid pulse of this place. For me, fear only seemed to rear up within and around the borders of our farm.

My world grew bigger slowly. When I started school, my parents, brother and I moved to the ranch house my grandfather built in the nearby borough of Doylestown. We settled in there with my grandmother; this was a house of three generations. As I grew up, I began to feel like home was liminal: it was somewhere between both these places. It was the drive between Doylestown and Ottsville. It was the changing landscape – the moment when shops gave way to fields. Then, after the Doylestown house burnt down, home became even more intangible.

After the house was consumed by fire, the plot – or rather, what was left of it – was sold to developers. Before any construction began, I drove to see the land again and stared down the drive to the empty space where my home used to be. Although I still had the barn, I felt like half of my heart had gone up in flames. 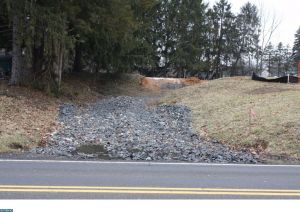 In her short essay, ‘Poetry: The Question of Home’, Meena Alexander talks about her early beliefs ‘that in order to be a real writer, I would have to had grown up in just one place, one dear perpetual place.’ Most of my life, home had been two – the barn and the ranch house – which I moved between like blood moving from the heart to the fingertips. With one of my homes gone, it seemed natural that when I moved to Wales I would set to work building a new home for myself.

The poems of How to Carry Fire attempt, in part, to chronicle this transition, speaking to both the American landscapes I left and to the Welsh landscapes I discovered. Although this collection is split into two sections, which are roughly aligned to these two different countries, the homes call to each other across the divide through dreams and memories. Like Meena, I started to understand that my ‘home’ was ‘always a little bit beyond reach, a place both real and imagined, longed for, yet marked perpetually as an elsewhere, brightly lit, vanishing.’

I will always be a person of two places – the barn and the ranch house, America and Wales – and this collection explores what it means to live with a home, and a heart, which reaches across the world.

Thank you, Christina Thatcher and Fly On The Wall Poetry Tours

Christina Thatcher won the Black Lion Poetry Competition in 2019, was a winner in the Terry Hetherington Award for Young Writers in 2016 and was shortlisted for the Bare Fiction Debut Poetry Collection Competition in 2015. Her first collection, More than you were, was published by Parthian Books in 2017 and was named a Poetry School Book of the Year. Her poetry and short stories have featured in over fifty publications including The London Magazine, Planet Magazine, And Other Poems, Acumen and The Interpreter’s House. She lives in Cardiff and works as a Creative Writing Lecturer at Cardiff Metropolitan University. 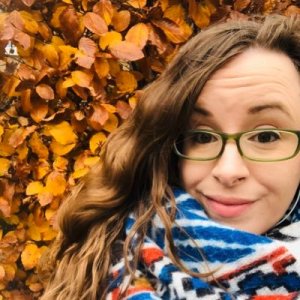