Sixteen-year-old star basketball player, Luc Ponti wins an important tiebreaker game for the Palo Alto Vikings with a three-point basket during the last few seconds of play. He is simultaneously critically injured with a flagrant foul by a player from the opposing team. Luc dies for several minutes but is revived after having a near-death experience (NDE). He inexplicably begins to develop superpowers, which change the course of his life and have a profound impact on the world.

Luc becomes caught in a tangled web of espionage, blackmailed by the CIA to use his powers of remote viewing to spy for them. This creates conflict in his life, most significant—how can he pursue his long-time dream of playing varsity ball for a top college; major in engineering; and possibly go pro after graduation. I Can See Clearly is the story of a talented teenager seeking the Meaning of Life and his Life Purpose, while fighting the grip of the CIA. 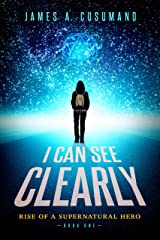 How I Made A Difference By Doing Things My Way

I‘ve been an entrepreneur nearly all my life, practiced in the fields of entertainment, science, and technology. At times, people have asked how I managed such a diverse number of pursuits. One important point is that I always tried to draw on my strengths—what I knew best—and find a creative way to connect that with a need that would make a difference.

The sense of purpose and passion generated by this approach was always more than enough to help me achieve what I had set out to do—often more. I think the following story may help explain the general philosophy behind my thinking over the years.

It was June 1969, and although I’d been out of grad school for two years, working as a research scientist, I was still smack dab in the middle of rock and roll, singing every weekend at clubs in New Jersey and Manhattan. After 10 years as an entertainer and recording artist during one of the most exciting periods of contemporary music, I found it difficult to cut the umbilical cord. I’d been on the road with many of the pioneers of rock and roll music. Chuck Berry, Jerry Lee Lewis, Buddy Holly and the Crickets, Little Richard, among others, were my constant companions.

On a dreamy Friday evening, I was driving my red 57’ Chevy convertible with the top down, soaking up a warm summer breeze, the radio blasting out what today are referred to as “oldies but goodies.” I was on my way to Danny’s Hideaway on Route 22 in Union, New Jersey, where the group I was with was booked for several weekends. During a commercial, I impatiently flipped through the stations and stumbled on to easy-listening music. And there it was, I heard it for the first time, “Ol’ Blue Eyes” singing “My Way.” I could not get myself to change the station back to rock and roll. The melody and the lyrics touched me deeply. I have probably sung My Way a thousand times since then and I never tire of it.

The song, written by French artists, Claude François and Jacques Revaux, was put to haunting English lyrics by Paul Anka. My Way was custom made for Sinatra. The lyrics, more often than not, touch the soul of anyone who’s been an entrepreneur. Certainly, Frank was one in his own right.

For me they paint a vivid picture of a man at the end of his life, looking back on his journey.

And now the end is near, and so I face the final curtain. My friend I’ll say it clear, I’ll state my case of which I’m certain.

These lyrics embraced me even more so as I progressed along my path from rock and roll to corporate America, to founding and leading the growth of two public technology companies, to making and releasing a feature film, to my life now in Prague as a holistic hotelier and an author.

I’ve lived a life that’s full, I traveled each and every highway. And more, much more than this, I did it my way.

Mine has been a life of many ups and some downs, and it most certainly has been full. I spent a good part of my professional career founding and leading the growth of ventures that have made a difference in the U.S., Europe, Asia, and South America—and what a ride it’s been! Often, I was on a path that “experts” said would never work. But, just like “Ol’ Blue Eyes,” I had the brilliant counsel, guidance, and support of a few dedicated “giants” along the way. So when Frank sang My Way, he didn’t necessarily mean his life was a solo journey; however, in the end, it was he who looked destiny straight in the eye and took personal responsibility for his final decisions—so, yes it was My Way.

Regrets I’ve had a few, but then again too few to mention. I did what I had to do and saw it through without exemption.

Sure, I had regrets on occasion, like taking on two wealthy investors who ruthlessly pulled their funding during the early stages of our company, forcing us to lay off 20 percent of our talented team—some were close friends. But something always lifted me up again, and I could see that precious light on the distant horizon. An inner voice propped me up more than once; “Don’t give up! Dammit! Follow your dream!”

I planned each charted course, each careful step along the byway. And more, much more than this, I did it my way.

We planned and planned, and it didn’t always work out, but “mistakes” for us were “learnings,” and they were minor compared to our successes. It’s been a journey I will never forget.

Yes there were times I’m sure you knew, when I bit off more than I could chew. But through it all when there was doubt, I ate it up and spit it out, I faced it all, And I stood tall and did it my way.

Yes, there were times we pursued projects I wasn’t sure we could deliver, but with the unmitigated dedication of our inspired management team and employees, we made it happen. In less than five years, we grew our pharmaceutical business from five people to 2,000 with sales of $500 million and a billion dollar market value on the NASDAQ stock exchange. We had to jump through hoops for the Security Exchange Commission, but our creative

financial and legal teams always found a way, and everyone in the company shared in the dream—and in the rewards.

We were driven with intense personal passion because we saw ourselves creating technologies that enabled us to manufacture critically needed drugs at low cost and without environmental impact. All of us had someone in the family who could not readily afford their monthly prescription bills. We wanted to make a difference.

I’ve loved, I’ve laughed and cried, I’ve had my fill, my share of losing. And now as tears subside, I find it all so amusing.

Sure, I’ve laughed and cried along the way. With two beautiful daughters, watching my wife lose her battle with breast cancer was more than a personal tragedy—it tore at my soul for quite some time. But the Universe has been good to me and eventually gifted me with a beautiful soulmate—inside and out. And now, we work as a team, following our dream, doing our best to make this a better world.

As I look back over the years and contemplate my journey, I’m deeply grateful for the people I met along the way, compassionate “giants” who helped me, who cared for me, who loved me, who helped me trust my inner voice.

For what is a man, what has he got, If not himself then he has not. To say the things he truly feels, and not the words of one who kneels. The record shows I took the blows, And did it my way.

Those lyrics have inspired me for nearly five decades, through my darkest hours.

I believe when that final moment knocks on my door, it won’t be about the money or the “toys,” and it won’t be the awards or festive celebrations. It will be, “Did you make a difference? Did you put at least a small dent in the universe? Did you show compassion, love and understanding to those you met along the way? Did you follow your heart, your soul, that inner voice?” I hope to respond with a resounding “yes,” and four final words . . .

It was My Way!

Thank you, James A. Cusumano and FSB Associates

James A. Cusumano is chairman and owner of Chateau Mcely (www.chateaumcely.cz/en/homepage), chosen in 2007 by the European Union as the only Green 5-star, castle hotel in Central Europe, and in 2008 by the World Travel Awards as The World’s Leading Green Hotel. Chateau Mcely offers programs that promote the principles of Inspired and Conscious Leadership, finding your Life Purpose and Long-Term Fulfillment.
He began his career during the 1950s in the field of entertainment as a recording artist. Years later, after a Ph.D. in physical chemistry, business studies at Stanford and a Foreign Fellow of Churchill College at Cambridge University, he joined Exxon as a research scientist and later became their research director for Catalytic Science & Technology.

Dr. Cusumano subsequently co-founded two public companies in Silicon Valley, Catalytica Energy Systems, Inc.–devoted to clean power generation; and Catalytica Pharmaceuticals, Inc., which manufactured drugs via environmentally-benign, low-cost, catalytic technologies. While he was chairman and CEO, Catalytica Pharmaceuticals grew in less than five years, from several employees to more than 2,000 and became greater than a $1 billion enterprise on the NASDAQ stock exchange before being sold.

Subsequent to his work in Silicon Valley and before buying and renovating Chateau Mcely with his wife Inez, Dr. Cusumano returned to entertainment and founded Chateau Wally Films (www.chateauwallyfilms.biz), which produced the feature film What Matters Most (2001: http://www.imdb.com/title/tt0266041), distributed in more than 50 countries.

Dr. Cusumano lives in Prague with his wife, Inez, and their daughter, Julia 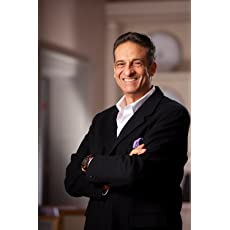