Ben Nevis and the Gold Digger #1

London private eye Ben Nevis, ex SAS/OCS/N14 gets a peculiar request from a new lady client, ‘kill my husband’.A few days later the husband appears in Ben’s London office with the request ‘kill my wife’.Ben has his partner the Gold Digger, take a good look into the pair, and some illegal international arms dealing is exposed with missiles going from the UK through Cyprus and Turkey to the Iranian Revolutionary Guard,  and on to terrorist cells in the Middle East.After a surprise visit from Ben’s old boss at MI6 Ben finds himself enrolled in a mission to stop the trade with help of the British SBS based in Cyprus who are to get him into Turkey to blow up the arms and then get him out again.But things don’t go to plan.

‘What have you found out?’

Gold sat opposite me at my desk the next day. I’d spent the morning smuggling a wealthy client’s dipstick son out of a rehab clinic by the back door and driving him home to their Weybridge Mansion – second time I’d done it for this kid, and no doubt in my mind that the first offer he got of a coke tab would roll him off the wagon and back into his dealer’s arms. It always did. I told my client a couple of heavies paying a visit to the boy’s dealer would have the problem solved at half the cost of a month’s rehab fee – at least it would solve the problem until another dealer tried his luck, which he would. County lines have an inexhaustible supply of care home kids willing to get out of the system with the money they can make dealing in towns and cities where their faces aren’t known.

‘Eve Rambart is trouble, Ben.’ Gold shot me a look that said ‘stay away from this one’. ‘She’s on her third husband, Nicholas Rambart. Numbers one and two had accidents – lethal accidents. Number one went over the edge whilst skiing in France and fell four hundred feet down a ravine; number two had a stomach full of whisky and fell from a balcony twenty storeys up in Barcelona. Eve was with them at the time, although on both days she had alibis that placed her far enough away from the actual scene so as not to be noted as a suspect.’

‘Perhaps she hired people to do the deed for her. Maybe that’s what she’s wanting to do with us. Local police raise any suspicions?’

‘No, local courts and coroner gave accidental death verdicts in both cases. She did rather well though, both husbands were rich – honest riches. Businessmen with seats on various top company Boards and major shareholders in all of them; both were in the Forbes top earners list. It all went to Eve each time. She’s a multi-millionaire Ben. What’s she doing hiring a hit man?’

‘I don’t know – with that money I would think she’d hire a lawyer to get rid of a husband.’

‘Lawyers cost more than hiring you. Perhaps she’s trying to do it on the cheap?’ Gold laughed.

‘Sketchy. She seems to have arrived on the elite social scene out of the blue. No family history of money – in fact, no family history at all. One minute she’s nowhere to be seen, and then within a year she’s at all the big social affairs with husband number one and becomes a paparazzi target.’

Gold laughed. ‘You saw her, Ben. Is a paper going to pay a paparazzi more for some washed-up minor reality show celeb getting out of a cab at a nightclub showing her knickers or Eve Rambart in a Stella McCartney one-off and half of Cartier’s window display draped around her neck and wrists?’

She was right of course.

‘Okay, you keep on her tail. I take it you found out where she lives?’

‘Knightsbridge, she’s got a rental apartment over one of the shops. Expensive.’

‘You think she knocks off her husbands for the money? Do you think that’s what she’s after this time?’

‘Could be, two husbands having accidental deaths are just about believable – but three? I think that might raise a few flags with the law, so she might be looking for this one to be murdered by person or persons unknown. Or, she might be setting you up.’

‘You do the hit and she points the finger at you, takes the heat off any investigation into her and the two previous.’

I could see the sense in Gold’s answer. ‘Okay, keep an eye on her Knightsbridge place, see who comes and goes. I’ll see what I can find out about the husband.’

‘Before we kill him?’

Faulkner was born into a family of petty criminals in Herne Hill, South London, his father, uncle and elder brothers running with the notorious Richardson gang in the 60s-80s, and at this point we must point out that he did not follow in that family tradition although the characters he met and their escapades he witnessed have added a certain authenticity to his books. He attended the first ever comprehensive school in the UK, William Penn in Peckham and East Dulwich, where he attained no academic qualifications other than GCE ‘O’ level in Art and English and a Prefect’s badge (though some say he stole all three!) His mother was a fashion model and had great theatrical aspirations for young Faulkner and pushed him into auditioning for the Morley Academy of Dramatic Art at the Elephant and Castle, where he was accepted but only lasted three months before being asked to leave as no visible talent had surfaced. Mind you, during his time at the Academy he was called to audition for the National Youth Theatre by Trevor Nunn – fifty years later, he’s still waiting for the call back! His early writing career was as a copywriter with the major US advertising agency Erwin Wasey Ruthrauff & Ryan in Paddington during which time he got lucky with some light entertainment scripts sent to the BBC and Independent Television and became a script editor and writer on a freelance basis. He worked on most of the LE shows of the 1980-90s and as personal writer to Bob Monkhouse, Tom O’Connor and others. During that period, while living out of a suitcase in UK hotels for a lot of the time, he filled many notebooks with DCS Palmer case plots and in 2016 he finally found time to start putting them in order and into book form. Eight are finished and published so far, with number 9 at the editors.

Faulkner is a popular speaker and often to be found on Crime Panels at Literary Festivals which he embraces and supports wholeheartedly.

He has recently been seen on screen in the Channel 5 Narcos UK series, Episode 2 The London Gangs and his Palmer book ‘I’m With The Band’ has just been serialised in 16 parts by BBC Radio Bristol. He has been a subject of Corinium Radio’s Writer’s Room programme, Manchester FM’s Hannah Kate Book show, Hawkesbury Upton Lit. Festival ‘Best of British’ panel chairman, Evesham Festival of Words Crime Panel and Bristol Crime Fest Indie Author Panel amongst others

Faulkner is a member of ALLI (Alliance of Independent Authors) and publishes a blog about the ‘geezers’ of his youth, the criminals and their heists. It goes in depth about the Krays, Brinks Mat, Hatton Garden ‘Nipper’ Read and all the other major heists and who ‘dun ‘em’. Take a look at geezers2016.wordpress.com

He also speaks about that era in illustrated talks for social clubs, WI and others.

As a crime writer Faulkner is quite particular about ‘getting it right’ and as well as his own Facebook page he publishes a page called ‘UK Crime Readers and Writers Page’ which has lots of information about the forensic crime detection methods, police procedurals and other facts of use to both reader and writer of crime and detective books.

Faulkner now lives in the glorious Forest of Dean with his wife and three dogs. 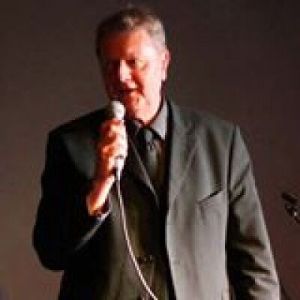