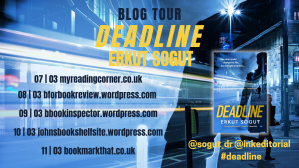 As transfer deadline day looms, Ander Anaia is about to make the deal of a lifetime. All that stands in his way is a rival agent.

Or so he thinks.

The Table, a secret cabal of super agents involved in ‘off-pitch’ criminal activities, have other ideas. And they’ve kidnapped his daughter, Joska, as collateral.

David Miller is about to make his first serious deal. A deal that would bring Ander’s world crashing down around him. Now Ander must do everything in his power to stop him. Or risk losing the deal – and his daughter. 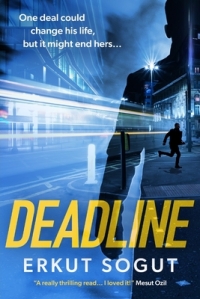 I wake up early! I need a routine, when I was writing Deadline I was getting up at 5.30am every day and creeping downstairs to the kitchen with my laptop. I could get in two hours of writing before everyone else woke up.

Yes and no, those quiet early mornings are super important for having the headspace to write. But if I’m researching, I can do that anywhere, in fact I find the buzz of conversations going on around me inspiring – I’m always stealing dialogue from things I’ve overheard.

What is your favourite and least favourite genre?

I read a lot of business books but when I’m relaxing, I always turn to crime and thrillers – although sometimes that isn’t quite as relaxing as I’d like! I wouldn’t go so far as to say I don’t like the genre, but I don’t often read much romance.

I think it would be fun to be the bad guy!

I work and travel a lot but reading is so important, so I always find time to read to my kid at bedtime.

I have a lot of professional interests, both on and off the pitch but you have to find the balance, and for me that’s family, so you’ll find me with my wife and boys.

It’s a dream come true. I’ve written non-fiction before, but Deadline is my debut novel and its something I’ve wanted to write for a while. I’m not only trying to give people a thrilling read but to shed some light on the darker side of football, the side you don’t see on Sky Sports on a Saturday.

My working title was ‘My Brother’ which played on the theme of nepotism that runs throughout the book, but I have to give credit to my editor, he came to me with a list and Deadline was the one that jumped out. It captured everything the book was about.

The cover designer gave me a folder of options, it was tough to pick! There were elements in all the covers that were great, but the final jacket was the one that stood out – it conveys the urgency of Ander’s story. And I love the pop of yellow.

What is the title of the next book on your to read pile?

I’ve been learning Spanish on Duolingo so I’m re-reading some old favourites in Spanish!

ERKUT SOGUT, one of football’s most influential agents uses his own experiences to lift the lid on the murky world of football agenting in this exhilarating debut novel.

ERKUT SOGUT was born in Hanover, Germany and is a player agent, lawyer and lecturer. He holds a doctorate in sports law, is the founder of the Football Agent Institute and wrote the definitive book on agenting: How to Become A Football Agent. He is the founder and director of Family and Football and his clients include Mesut Özil, Kieran Gibbs and Kerem Aktürkoğlu. Erkut has always been passionate about sport and football, and in DEADLINE, his debut novel, he’s married that with his love of thriller writing. He lives in London with his family. 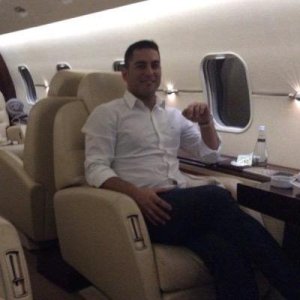