He is Bennie, a loving husband and father; Benjie, a beloved son. He climbs the ladder as Ben, a corporate banker, and rakes in money as a bestselling author. And when he wants to escape it all, Benjamin styles himself as Jamie — the lover of a beautiful musician.

His life, in a word, is perfect. But after years of keeping his separate personae a secret, cracks begin to appear in the façade.

I don’t have a particular place or time. I have a very busy life and as a result I have to take whatever opportunity I can find. If I have an idea, I want to write about it while it’s still fresh in my mind. Wherever possible, I’ll use a computer but if I don’t have one to hand I’ll write on anything, If I don’t have much time I’ll merely sketch the idea so I don’t lose it then, at the first opportunity, I’ll sit down to flesh it out.

Not a ritual as such but often when writing I’ll open two or more windows on my computer so  I can word process in one and research in the other, contemporaneous to writing the story – also I often have coffee close at hand.

Yes, coffee and lots of it

Although it’s now many years since I last read it, I loved George Orwell’s ‘Nineteen Eighty-Four’  When you consider the parallels to technology now available and used for surveillance and control, it’s difficult to remember the book was written seventy years ago.

So far, I’ve written two thrillers and a four book murder mystery series. I’ve also published the first of a planned non-fiction series giving reader-friendly business advice. I’m currently trying something very different as I’m part way through a new claustrophobic, psychological thriller. The significant variation from anything else I’ve had published before is because it’s written in the first person. I’ve thought about other genres but so far I haven’t had time to experiment with them

None of my characters are based on people I know. However, I like to observe people and situations and often use traits and expressions, that I’ve observed or heard, together with experiences, and I apply then them to characters or situations I write about.

I probably should but I don’t. If I have a thought or observe or hear something interesting I try to write it down or sketch a note as soon as I can. There have been a couple of occasions when it’s not been practical to do so where instead I’ve used my phone to email myself a message

I can’t say there’s a genre I don’t like. I’m happy to read anything which is well written. However, I do tend to favour crime and thrillers and I’m less inclined to read fantasy

From a purely mercenary point of view, I’d like to co-write a book with James Patterson as he has a track record of co-writing and it would have every chance of being financially successful.

I already have a book of short stories. ‘Twists and Turns’, which was co-written with my wife, author, Elly Grant

I’m very fortunate to have had the opportunity to travel and visit a number of countries in Europe and North America and I’ve been able to utilise many of my experiences in my writing.  One country I’d love to visit and travel through is India as I believe it would be fascinating to observe first-hand the contrasts between the traditional way of life with the country’s accelerating industry and technology.

Having the background of a successful career in commerce and finance, Zach Abrams has spent many years writing reports, letters and presentations and it’s only fairly recently he started writing novels. “It’s a more honourable type of fiction,” he declares.

Writer of the Alex Warren Murder Mystery series, set in Scotland, Zach has also written the psychological thriller ‘Ring Fenced’ and the financial thriller ‘Source’, as well as collaborating with Elly Grant on a book of short stories.

Zach is currently producing a non-fiction series to help small businesses -using the collective title ‘Mind Your Own Business’. The first, ‘So, You Think You Want to be a Landlord’ is already available. 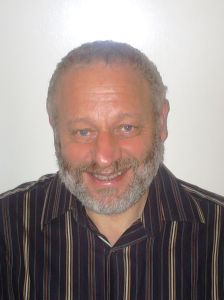 Q&A
***
About the author
Follow B for Bookreview on WordPress.com