Mary seems like an ordinary 46-year-old divorcee, beginning a new life in rural England, but she has depths of pent-up pain, the result of 20 years of marital infidelities and abuse. All she needs is a trigger to unleash savage emotions.

When she becomes entangled with Jonas, a married man, Mary suddenly finds herself in the opposite role of the ‘other woman’. Jonas has a nasty streak, however, and taunts with the nursery rhyme ‘Mary, Mary quite contrary…’ .

But when Mary uncovers Jonas’s web of seductive lies, betraying not only herself but his wife and several young village women, she plots her revenge and acts out the real meaning of the nursery rhyme…

As things go from bad to worse, Mary is driven over the edge of normality. Because Mary is not normal … she is damaged. Her only redeeming quality is her belief that she is acting for the greater good … 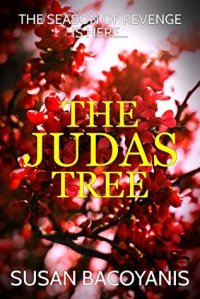 I had no problem at all being dragged into this story because the author certainly knows how to capture a reader’s attention from the very beginning.

It’s a book that takes you on a very winding road full of betrayal, manipulation, lies, deceit and of course murder.

I really liked the author’s creative mind, because when you write a book with a lot of twists and turns, it goes without a doubt that every i should be dotted and every t should be crossed. I could only applaud the author on that.

I do have to admit that I had an issue or two with the police investigation.

Susan Bacoyanis was born and educated in rural England, the only child of patient parents who tolerated her insatiable quest for knowledge. She spent many hours alone, which she credits to the development of a vivid imagination, that would serve her first career as a stage actor and her lifelong passion for writing.

She paused her acting career and founded her own business for the practical purpose of raising her three daughters as a single mother. All her daughters are smart, professional young women and motherhood, she claims, is her greatest achievement.

In 2002 Susan moved half way around the world to live and work in California. She entered the New York Film Academy to update her skills in the Television, Film and Screenwriting industry and rekindled her acting career, working as a screen actor in Hollywood. She joined Suzanne DeLaurentiis Productions in LA as part of their writing team and helped establish and promote the Cinema City International Film Festival, which is dedicated to promoting new writers and film makers.
“I believe in learning my craft by acquiring the skills to write well; a good education, practical knowledge and a keen eye for detail. Interesting life experiences are a bonus. Learning what makes us all so diverse and extracting the best and the worst of human traits to form characters . . . this is the fun. Life is like a recipe, with good ingredients the dish will be tasty. But, if you add some spice, the dish will be spectacular! For me the spice is ‘passion’.” 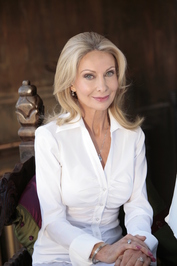