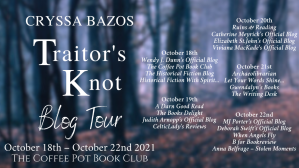 Royalist officer James Hart refuses to accept the tyranny of the new government after the ex-ecution of King Charles I, and to raise funds for the restoration of the king’s son, he takes to the road as a highwayman.

Elizabeth Seton has long been shunned for being a traitor’s daughter. In the midst of the new order, she risks her life by sheltering fugitives from Parliament in a garrison town. But her attempts to rebuild her life are threatened, first by her own sense of injustice, then by falling in love with an outlaw.

The lovers’ loyalty is tested through war, defeat and separation. James must fight his way back to the woman he loves, while Elizabeth will do anything to save him, even if it means sacrificing herself.

Elizabeth Seton couldn’t understand the greed of seagulls. The two birds beat their wings and fought over a scrap of offal while ignoring the endless sea. She had a desire to pick up her skirts and, so running, scatter them to the sky. But from behind her, a rock was thrown at the birds. It bounced off the cobbles a foot away from them. Gulls took flight, and Elizabeth whirled around, equally startled. A soot-faced urchin winked and scampered off.

Elizabeth smiled in the direction of the retreating boy and continued down the quayside towards the market. The wind off the bay freshened, whipping her dark hair and skirts. She tucked an errant lock back into her coif and snuggled deeper into her blue woollen cloak. No time to tarry. She had business to attend.

When she neared the market, her stomach gave a nervous flutter. Positive thoughts breed true. She adjusted the basket that rode in the crook of her arm and pressed on.

Elizabeth wended her way through the market stalls, not stopping at the rows of long whitefish laid out silvery across wooden boards. Their fresh scent of the sea beckoned for a closer inspection, but her business was with the oystercatcher’s wife. If it went well, she’d return for one of the smaller ones.

Elizabeth’s boots tapped against the stone cobbles, and she practised under her breath, “I hear, Fishwife Midden, that Margery has left your employ.” Annoyed with herself, she shook her head. The woman would think she was a gossip, and no one trusted a loose tongue. Elizabeth needed to impress her. The Middens preferred their help young enough to be trained to their ways, but at twenty-two, Elizabeth found herself at a disadvantage.

There was a time when Elizabeth didn’t need to worry about finding employment. Before the war, her father, Thomas Seton, had once been a respected shipwright, his trade crucial in a seaside town, while her mother, Mary, was a healer and the first to be fetched for matters regarding childbirth and sickness. Elizabeth had expected to follow her mother’s calling.

She passed a row of empty stalls and for a moment considered selling their ointments, but she knew better. A gift for a gift, never coin—her grandmother’s mantra. No matter how reduced their circumstances, Mary Seton would never accept payment for physic. It didn’t matter. None would purchase in public what they now avoided in private.

When Elizabeth spied a knot of women at the cheesemonger’s, she slowed down. Here was the elite of Weymouth—officers ’wives and those closely connected to the Parliamentary governor. They were particular friends of her older sister, Kate Hallet, though none of hers. Elizabeth considered skirting their position, but instead she lifted her chin, held her breath and stayed true. As she passed, one said, “There’s Seton’s girl. Shame about that business.”

Elizabeth flinched, but she forced herself to ignore them.

Though the war had ended a year earlier with the King’s execution, the divisions had never been repaired. Even Kate, who had married a Parliament garrison soldier, kept a resolute distance from Elizabeth and their mother. Only a handful of Royalist families still concerned themselves with her family’s welfare.

Up ahead, the oystercatcher’s stall thronged with customers. Elizabeth took heart and made her way to the front.

“There you are, mistress.” Fishwife Midden greeted her with a smile. Her nose was tipped pink, and her hands were gnarled from working in the cold seawater. “You’ve picked a good day. The oysters are plump and juicy. Six or eight?”

Elizabeth hesitated. “Four, if you please.”

“Only that?” The woman’s brow’s puckered. She bent over a barrel and scooped out the oysters, placing them in Elizabeth’s basket. “How’s your mother doing? I heard she ain’t well.”

“God save her,” the fishwife said. “We’ve missed her these past few months.”

Elizabeth watched the old woman edge away, her eyes darting to the next customer. This was her chance. “I was wondering . . .”

“I ran into Margery the other day—”

“Did you now? Stopped to chat, did she?” Fishwife Midden rested her hands on her round hips.

“I had a thought—since my mother is doing better, she’ll need less of my attention,” Elizabeth said. “You’ll need help now that Margery is gone. I can attend behind the counter or sort out the catch.”

Fishwife Midden’s expression softened. “I’m afraid not, deary.” She started to turn away, and Elizabeth laid her hand on the woman’s arm.

“You can pay me half of what you paid Margery. I’ll still bless you for it.”

“You’re worth more than that, sweetling,” she replied, “but I can’t take you on.”

“Please.” Elizabeth hated to beg but swallowed her pride. “For the regard you and your husband once bore my father, for all the repairs he made on your fishing boats without a shilling . . .”

“Mistress Seton,” she said with the slightest emphasis on her last name, “it’s impossible.” She glanced past her shoulder and nodded to someone. Elizabeth turned and found the officers ’wives flanked behind her.

“Are you done, Fishwife?” their leader asked. “If I’m delayed in this manner, I’ll press on to another stall.”

The flow of the market passed over Elizabeth, rendering her invisible. It always came down to that. Not many in Weymouth dared doff their caps to the memory of those, like her father, who had taken a stand for the King.

The rest of the town still called them traitors.

Thank you, Cryssa Bazos and The Coffee Pot Book Club

Cryssa Bazos is an award-winning historical fiction author and a seventeenth century enthusi-ast. Her debut novel, Traitor’s Knot is the Medalist winner of the 2017 New Apple Award for Historical Fiction, a finalist for the 2018 EPIC eBook Awards for Historical Romance. Her second novel, Severed Knot, is a B.R.A.G Medallion Honoree and a finalist for the 2019 Chaucer Award. A forthcoming third book in the standalone series, Rebel’s Knot, will be re-leased November 2021.