A war veteran murdered in his home, a property developer with links to organised crime, and an old family secret that seems unwilling to stay dead.

When Harry Falcon, a wealthy boatyard owner and highly decorated World War Two veteran, is found drowned in his bath, DI John Tanner and DC Jenny Evans start by questioning his two sons, each with a motive for wanting him dead.

But when the elder son is found with his head smashed in under a toppled yacht, and the younger son has been talking to a local property developer, one who’d spent months trying to buy the yard from his father, the investigation soon leads them towards a dark and dangerous secret, one which nobody can quite believe.

Set within the mysterious beauty of the Norfolk Broads, this fast-paced British detective series is a dark cozy murder mystery with a slice of humour and a touch of romance, one that will have you guessing until the very end, when the last shocking twist is finally revealed.

The third book already and the series keeps getting better and better!

I already had a soft spot for DI Tanner and the feeling is still the same. I love a DI who follows his heart and does not let him get stopped by rules. I know it’s maybe not always the best way to go, but very often it pays to do it this way. Rules are good but they can be obstructive as well.

It’s also obvious the author loves boats and I have learned a lot about them. I sometimes have the feeling I will almost be able to steer one myself. It’s a very interesting background and who says that fiction can’t be educative? 😉

To make a long story short, this book is once again a brilliant masterpiece that I deeply enjoyed.

I love the combination of crime and humor.

Can you read it as a stand alone? You can but I would not want you to miss out on two great previous books so please read them all. You will not regret it.

For me this is a 5 star book and I hope DI Tanner will still be around for a very long time.

Thank you, David Blake and Book On The Bright Side Publicity & Promo

David is a full-time author living in North London. To date he has written fifteen books along with a collection of short stories. He’s currently working on his sixteenth, Moorings, which is the next in his series of crime fiction thrillers, after Broadland and St. Benet’s.

When not writing, David likes to spend his time mucking about in boats, often in the Norfolk Broads, where his crime fiction books are based. 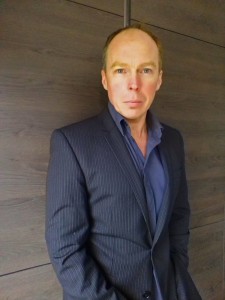