Code 17 was originally a musical idea.

Ten years ago I made an album that paid homage to the theme music of 1960s British TV spy series like The Man from UNCLE, The Baron and Department S, and to films like Modesty Blaise and The Ipcress File. The music on the album was from an imaginary TV series called Code 17, featuring the glamorous art dealer/spy Lady Laura Summers. She was imagined as a cross between Sharron Macready of The Champions, Emma Peel of The Avengers and Lady Penelope Creighton-Ward of Thunderbirds, though none of these women was the lead character in their own show.

Ten years later I thought I could make a novel out of Code 17 and Lady Laura – a fast-paced, female-led thriller set in the art world of Swinging 1967 London. I kept to the format of a twelve-episode TV series and tried to imagine each chapter as a self-contained thirty minute episode, split into short, cinematic scenes; I imagined our heroine getting into deep water in every episode but always getting out of it before the credits rolled.

I hope you can imagine it that way too.

I am allowed to host a competion for this tour!

What can you win?

1 paperback copy of the book

What do you have to do?

Please send me an email (cabriootje@msn.com) or react below to let me know you want to take part

When does the competition close?

The winner will be announced on September 18th.

Good luck and I hope I will receive lots of mails/reactions.

Thank you, Francis Booth, his publisher and Random Things Tours.

Francis Booth’s novels are all available as eBooks and paperbacks on Amazon. They include:

· The Watchers series of Young Adult fantasy novels: The Charlotte Strain and The January Legacy;

· The Nevermore novel sequence Nevermore, Evermore, Gone Before and Nothing More, a series of dark revenge tragedies;

Francis is also the author of several academic books on modern literature and culture, also available on Amazon:

· Amongst Those Left: the British Experimental Novel 1940-1960 (to be published by Dalkey Archive Press);

· Everybody I Can Think of Ever: Meetings That Made the Avant-Garde;

· Girls in Bloom: Coming of Age in the Mid Twentieth Century Woman’s Novel;

As a translator, Francis Booth has published English versions of the Marionette Plays of Maurice Maeterlinck and produced libretti adapted from Akutagawa, Strindberg and early Sanskrit and Buddhist texts, several of which have been set to music and recorded.

Francis also produces music under the name Tektonix, all of which is on YouTube and at mixcloud.com/planckmusic. He is currently at work on Code 17.1, the sequel to Code 17. 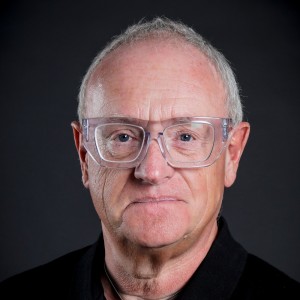