As archaeologist Rachel excavates a World War Two airfield, could a love story from the past hold a lesson for her as well?

After yet another disastrous love affair Rachel has been forced to leave her long-term position for a temporary role as an Archaeology Lecturer at Lincoln University. Rachel has sworn off men and is determined to spend her time away clearing her head and sorting her life out. But when one of her students begins flirting with her, it seems she could be about to make the same mistakes again…

She distracts herself by taking on some freelance work for local property developer, Jonathan Daubney. He introduces her to an old Second World War RAF base. And from her very first visit something about it gives Rachel chills…

As Rachel makes new friends and delves into local history, she is also forced to confront her own troubled past. Could a wartime love story have any bearing on her own situation? Could this time be different?

Endless Skies will be 99p until 23rd October

After yet another disastrous love affair – this time with her married boss – archaeologist Rachel Ward has been forced to leave her long term position for a temporary role at Lincoln University. Newly arrived in the city, and unable to find a corkscrew in her rented apartment, she heads out to a local bar for a drink instead.

My attention cannot fail to be drawn to the couple on the other side of an oversized turquoise planter. Her blonde hair is swept back under a pair of sunglasses and her coral lipstick matches her nail varnish and clinging top. A fine-looking man with a straight nose and incredibly sexy cleft in his chin is altogether less obvious in a pale blue shirt, but his gold cufflinks glint in the sunlight and even I can recognise his shades as Oakleys.

There is a sharp undertone to his teasing as she sloshes champagne into her glass. “Look on the bright side — you wouldn’t be able to do that if you were pregnant.”

“You bastard.” It is somewhere between a hiccup and a sob.

“I know you’ve had a difficult twenty-four hours, Denise, but you could say I’ve had something of a shock too, so don’t take your temper out on me.”

“For god’s sake — a baby isn’t like a Chanel handbag or a pair of your Jimmy Choos — it’s not a fashion accessory.”

I find myself nodding in agreement. Then praying neither of them is looking in my direction. I needn’t have worried.

A waiter drifts by and the man raises his finger to order an espresso. There are two empty cups in front of him already. Out of the corner of my eye I see her reach to stroke the back of his hand. He snatches it away.

“You’re not getting around me like that — this is much too important. It’s a new human life we’re talking about and fond of you as I am, if you want a baby then you need to find someone else to father it.”

He looks away from her. “Let’s not go there, Denise. Because you wouldn’t like my answer.”

“You bastard.” She is sobbing again and I find myself switching allegiance; it may be no light matter having a baby, but taking active steps to not have one… I down a large gulp of wine.

The man says nothing, offers not so much as a paper serviette to blow her nose. The waiter puts the espresso in front of him and he asks for the bill. Somehow their silence embarrasses me in a way their argument didn’t and I reach into my handbag for my phone, pretending an interest in my emails. The waiter returns, the credit card machine changes hands. The woman moves to pour herself some more champagne.

When the man finally speaks, his voice is more gentle. “Best not, Denise. Come on — I’ll take you home so you can sleep it off. Tomorrow’s another day, huh?” And I watch as she staggers down the wharf in her ridiculously high heels, clinging to his arm as though her very life depends on it.

About the author
I write romance with a twist, that extra something to keep readers guessing right to the end. While my books are character driven my inspiration is always a British setting; so far a village in Yorkshire (The Cheesemaker’s House), a Hampshire wood (The Faerie Tree), gorgeous Studland Bay in Dorset (Another You) and rural Lincolnshire (Endless Skies).

I was born and raised in Cardiff but spent most of my adult life living near Chichester before my husband and I upped sticks and moved to Cornwall three years ago.

I published my first two novels independently and have now been signed by Sapere Books. I am an active member of the Romantic Novelists’ Association and contributing editor to Frost online magazine. 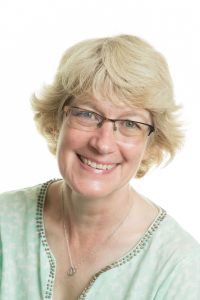