When no-nonsense, down-to-earth Maddie Wilcox is offered the chance to work on a luxury yacht for the summer, she can’t say no. Yes she’ll be waiting on the posh guests… But island-hopping around the Adriatic sea will more than make up for it – especially when Nick, her best friend Nina’s brother, is one of them.

Sparks fly when they meet on board and Maddie can’t believe self-entitled jerk Nick is really related to Nina.

But in a secret, picture-perfect cove, away from the real world, Maddie and Nick discover they might have more in common than they realise… 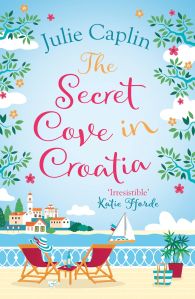 Thank you for having me on your blog, Els, it is much appreciated.

I have a weekly rather than daily routine but the most important thing is that, when I’m writing the first draft of a book, I have to achieve my daily writing target.

On Mondays and Wednesdays, I tend to go the gym first thing, so come back and write for the rest of the day. I like to write in the kitchen (despite having a proper writing desk in the study) which is open plan but it’s the sunniest room and in the winter the warmest.  On Tuesdays I take my laptop to bed with me and write my first thousand words before I get up.

On Thursdays I take my laptop to the gym and after a class will hide away in one of the small rooms there and write until lunchtime.

And on Fridays, I go to a writer friend’s house and we sit and write together in her kitchen which is always very motivating and it means I speak to at least one human during the week!

But if I’m on a real mission usually towards the end of the book, I hole up on the sofa in the corner of the kitchen, type like a mad woman and don’t leave the house for days on end!

No, I’m very disciplined. I have to write my daily target come hell or high water. I just get my head down and go for it.

I drink copious quantities of Lemon and Ginger tea.  Biscuits, cakes and chocolate are completely banned from the house when I’m writing because they seduce me over to the dark side, talking constantly from the cupboards.

Lots of people say Pride and Prejudice … but it really is my favourite. I have lost count of how many times I’ve read it and each time I’ve always found something new in it. One of my friends gave me one of the beautiful cloth covered versions last year, which I absolutely love and its now in pride of place on the shelf above my writing desk.

I’ve got an idea for a crime novel which has been percolating in my head for a while but I’m not a natural planner, so I’m a bit nervous about going for it because I think crime novels do need to be planned.

Very rarely. I might take some characteristics from someone and use them as part of a character but even that is very rare. My characters tend to pop into my head fully formed and then they develop as I’m writing. I’m a pantser by nature so it takes me until I’m a good third of the way into a book to really get to know my characters. I call it writing my way in. So they develop on the page as we go.

No but I do keep one by the bed for those middle of the night brilliant ideas that I never remember in the morning ( and often aren’t as good as I think they are) but the rest of the time I tend to retain those ideas.

When I’m planning my next book, I will write notes in a notebook before I start and I like to have a fresh notebook for each new story.  These notes tend to be part of my brain storming process, to get the bare bones of the story down, an outline rather than a proper plan.

I’ll give most things a try and I’m quite an eclectic reader. I love urban fantasy and supernatural as well as historical and young adult. I read a lot of crime but shy away from anything really gruesome. One genre I don’t read at all is horror because it doesn’t appeal but not having read any, I can’t say I don’t like it. I get very cross with people, especially journalists who scathingly dismiss romance novels saying they’re like Mills & Boon when they’ve never read a Mills and Boon, let alone a romance in their lives.

Croatia! I went there last year to research this book and absolutely adored it. I had a Croatian colleague who kept showing me the most amazing pictures of her home country, so when my publisher and I were discussing where to set the next book, this was the first place that popped into my head. Luckily my editor had been there and thought it was a great idea.

I went to the Dalmatian Coast, flying to Split and then caught the ferry to the islands of Brač and Hvar.  The turquoise of the water has to be seen, the sea is so clear and clean and an absolute pleasure to swim in.  I also loved the historic towns built in the traditional creamy white stone. I could wax lyrical but it’s all in the book!

Jules Wake announced at the age of ten that she planned to be a writer. Along the way she was diverted by the glamorous world of PR and worked on many luxury brands, taking journalists on press trips to awful places like Turin, Milan, Geneva, Paris, Brussels and Amsterdam and occasionally losing the odd member of the press in an airport. This proved fabulous training for writing novels as it provided her with the opportunity to eat amazing food, drink free alcohol, hone her writing skills on press releases and to research European cities for her books.

Under her pen name, Julie Caplin, her twelfth novel, The Secret Cove in Croatia published in ebook format this July. 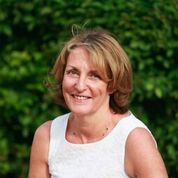