Her pulse pounded in her ears as she scanned the house. Her eyes traveled over the porch where three empty chairs lazily rocked in the breeze, surrounded by scattered children’s toys. In the yard, there were mounds of earth. Graves. Only big enough for children…

When Detective Clara Jefferies is called to a family ranch just outside of Alber, Utah, she’s horrified to find two innocent young children murdered alongside their mothers. But she arrives at the scene quickly enough to rush their father, Jacob Johansson, to hospital where he begins fighting for his life, and to save his two-month-old son Jeremy, left untouched in his crib.

As Clara begins to investigate, nothing she finds out makes sense. Though she uncovers photos of one of Jacob’s wives in his best friend’s trailer, her flower necklace underneath his bed, there are rumors that she was in love with a different man altogether. And as the close-knit community comes together to support Jacob, Clara’s own family shut her out of the investigation…

But Clara won’t give up. With the killer still at large, baby Jeremy is at risk, and every moment her family are helping Jacob they are also in danger. To earn her family’s trust, Clara finally has to face the past, but can she do it before it’s too late? 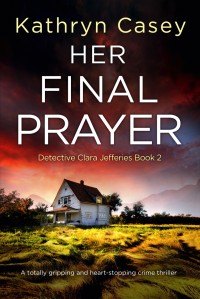 On the one hand I wish I could say I was glad to be back in Alber, because it’s not a very friendly and welcoming village. On the other hand it’s the ideal background for a thriller and that makes me happy to be back. People are not keen on strangers even though Clara is not really a stranger. They don’t collaborate very well and that makes her life as chief of the police a lot harder.

It’s not easy when you have to find a killer, but it’s so much harder when people don’t want to open up and tell you everything they know. Clara would not be Clara if she would let herself be beaten by that behavior. No matter how hard she has to fight the people she has to interview, she does everything in her power to make sure the victims get what they deserve: justice.

Clara still struggles with her past and she has built a sky high wall around her heart. Little by little the wall is crumbling. Is she ready to let someone in again?

The author has shown she knows how to keep her readers captivated before and guess what… She does it again!

Some gruesome events are the base of this incredibly good book. 5 stars

Thank you, Kathryn Casey and Bookouture

A novelist and award-winning journalist, Kathryn Casey is the author of eleven highly acclaimed true crime books and the creator of the Sarah Armstrong mystery series. Library Journal picked THE KILLING STORM as one of the best mysteries of 2010. Her latest true crime, IN PLAIN SIGHT, investigates the Kaufman County prosecutor murders, a case that made worldwide headlines. Casey has appeared on Oprah, 20/20, the Today Show, Good Morning America, the Biography Channel, Reelz, The Travel Network, Investigation Discovery, and many other venues. Ann Rule called Casey “one of the best in the true crime genre.”
Author Links
kathryncasey.com
https://www.facebook.com/kathryn.casey.509
@KathrynCasey 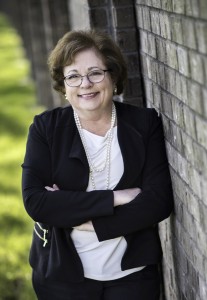