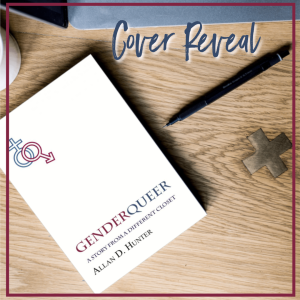 Derek is a girl. He wasn’t one of the boys as a kid. He admired, befriended, and socialized with the girls and always knew he was one of them, despite being male. That wasn’t always accepted or understood, but he didn’t care–he knew who he was. Now he’s a teenager and boys and girls are flirting and dating and his identity has become a lot more complicated: he’s attracted to the girls. The other girls. The female ones. This is Derek’s story, the story of a different kind of male hero–a genderqueer person’s tale. It follows Derek from his debut as an eighth grader in Los Alamos, New Mexico until his unorthodox coming out at the age of twenty-one on the University of New Mexico campus in Albuquerque. This century’s first decade saw many LGBT centers and services rebranding themselves as LGBTQ. The ”Q” in LGBTQ is a new addition. It represents other forms of ”queer” in an inclusive wave-of-the hand toward folks claiming to vary from conventional gender and orientation, such as genderqueer people. People who are affirmatively tolerant on gay, lesbian and transgender issues still ask ”Why do we need to add another letter to the acronym? Isn’t anyone who isn’t mainstream already covered by ‘gay’ or ‘lesbian’ or ‘bisexual’ or ‘trans’? I’m all in favor of people having the right to call themselves whatever they want, but seriously, do we need this term?” Derek’s tale testifies to the real-life relevance of that ”Q.” This is a genderqueer story before genderqueer was trending.

Allan Hunter grew up partly in Valdosta GA and partly in Los Alamos NM and first attempted to come out as genderqueer in 1980, an endeavor made difficult by the fact that there was no such term for it in 1980.  He has used many words and phrases over the intervening years, including “sissy” and “coed feminist” and “straightbackwards”, but currently identifies as a “gender invert” which is a subtype of genderqueer, and colloquially refers to himself as a “male girl”.

He has lived in the greater New York City / Long Island region since 1984.  He came to the area in order to major in women’s studies and to discuss gender and related topics, and is the author of “Same Door, Different Closet:  A Heterosexual Sissy’s Coming-Out Party”  (published in the academic journal FEMINISM and PSYCHOLOGY in 1992).

“Same Door Different Closet” was reprinted twice in subsequent anthologies (Fem & Psych’s own special reader HETEROSEXUALITY in 1993, and Heasley & Crane’s SEXUAL LIVES: A READER ON THE THEORIES AND REALITIES OF HUMAN SEXUALITIES, McGraw-Hill 2002).  A second theory paper, “The Feminist Perspective in (and/or On) the Field of Sociology” was made available for credited distribution and was included in a compendium,  READINGS IN FEMINIST THEORY, Ed. S. M. Channa, Cosmo Publications.

GenderQueer is his first serious attempt to write for the market outside of the academic journal environment.

He is active in local and regional organizations where he speaks to small groups about gender issues. He has addressed college women’s studies groups, alternative-lifestyle social groups, and given talks at LGBT centers.