One day in London…

Daisy is rushing to work when a stranger on a bicycle almost knocks her over – and then asks for her number.

JoJo, a wife in her sixties, is trying desperately to win her beloved husband back from his mistress.

Adam has recently lost his job and lies to his housemate about where he goes every day.

Dylan, a teenage boy, lives with an illness which means he can’t leave his bedroom – but which hasn’t stopped him falling in love.

These four total strangers – whose paths cross in the charming and crazy city of London – have one thing in common. They’re all looking for love and they’re totally hopeless at it. But that’s about to change. 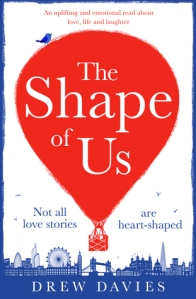 The story starts with the author introducing us to the main characters’ lives and struggles. They all seem to have nothing to do with each other and you start wondering where the book is going to lead you. Little by little, as you delve deeper and deeper, you see how they start to connect even if they do not realize it.

It makes you wonder how you might be connected to someone you have never seen before through friendships or relationships you have.

My favourite person is JoJo. She is very sarcastic which makes her very funny (if you are into this kind of humour of course).

My least favourite person was Chris. I did not always understand why he did what he did.

I did like the story but it was not an as easy read as you would expect from a feel good book.

It felt a bit heavy to me due to the subjects that the author talked about and I was very happy he decided to bring JoJo into the mix to add some rays of sunshine between the raindrops.

Drew Davies was born in London and grew up in Whanganui, New Zealand. He attended the Unitec School of Performing Arts in Auckland and won a Playmarket New Zealand Young Playwright of the Year award in 2000. After a brief stint on a kiwi soap, he has worked in Search for the past 15 years. Drew’s other claim to fame is that Stephen Fry once called him droll. Either that, or he got his name wrong. He now lives in Wanstead, London. 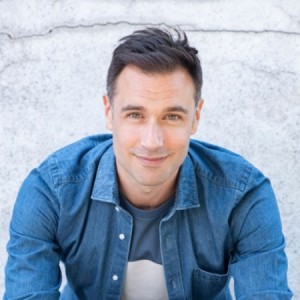