A raw story of courage and redemption.

Daniel settles for a mundane office job in the suburbs but is haunted with guilt. When a beautiful woman from his past appears, it ignites a chain reaction, setting him on a journey to confront his troubled history. Based on actual events, this inspiring story attempts to enlighten its audience with humor, passion and a lesson in perseverance. Will Daniel be able to brave his trauma and put his inner demons to rest? Or will he be consumed by the most cunning adversary of all? The truth. 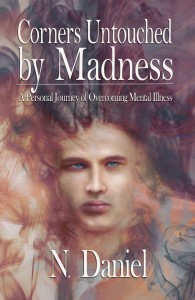 As I navigated my way home through the darkened streets I could think only of Mei. I hadn’t ever really known her in school. Shy, quiet and extremely brilliant, she was in a class of her own. With raven hair, caramel skin, a round face and wire-rim glasses, she was the quintessential brainiac. From those innocent days she had grown into a beautiful woman with a mind as sharp as an acute angle. She made me feel like I was someone valuable. To most women I wasn’t worth the honesty of a rejection. They just ignored me. I was dying for Mei, but the fact that she lived in Baltimore was something of a problem. On lonely nights spent whittling away in my apartment I longed to know what she smelled like, what she tasted like, how her skin would feel against mine. It would have been heaven. I feared she would always remain an intangible muse, an archetype for the perfect female and, I suppose, to others, this would seem blown completely out of proportion. She was human after all, but the ideal of Mei was irresistible to me.

In high school I was no one, just a pot-smoking art student who had no reservations about making a complete ass of himself. Someone like Mei had no reason to talk to me and vice versa. When I did see her in the hallway, she was usually carrying her books and smiling with her friends. I was like a little kid with no money and his face pressed up against a warmly lit shop window. She was so desirable. Even if I had realized it back then, I still couldn’t compete with the other males in our class. So, I eventually gave up, taking harder drugs and letting my addictions lead me into an accidental overdose. I hit rock bottom. Piece by piece I rebuilt my life in an image more like hers. I got clean, went to college and graduated with distinction. Suddenly she had reappeared in my life, though up until now I seldom spoke of her. Who was she, really, and why had she made this entrance?

It started raining a little and the pavement glistened. I looked down at my ragged tennis shoes splashing through the puddles. I was home late. My cat was there to greet me at the door, and I paused by the cutting board on my kitchen counter. Placing my hands on the edge I stared into the woodgrain. I could feel her arms around me. It was love. It was hurt. It felt real but I was all alone. I reveled in the stillness and knew I was powerless. Pursuing her felt criminal. To catch her would be like capturing a butterfly, putting it in a jar and screwing down the lid. It wouldn’t survive for long. All I could do was stand there in silence, tracing the whorls in the wood, trapped by a figment of my imagination. Was she thinking of me too? Her virtual presence remained for several more sensual moments before fading into the small fissures that had formed around the edges of the board.

Walking into the bathroom I returned to the mirror and stared hard at my lanky frame. In the corner of my eye I caught a flash of a dark image lurking behind me. Startled, I shook my head and rubbed my eyes with my open palms. Was my mind playing tricks on me? I groaned.

“What the hell is wrong with you?” I wondered aloud. For some reason I felt as though I would never really know. I pulled some pills out from behind my reflection and swallowed them down. Burrowing under the covers, sleep came quickly.

N. Daniel currently resides in Downtown Minneapolis and works as a live-in caregiver for a quadriplegic individual. When he isn’t writing or caring for his client you can find him wandering the city’s skyways, music blasting in his headphones, or walking along the Mississippi river with family and friends. He frequently volunteers at outreach organizations in the Twin Cities community.. His beliefs center strongly around charity, service to others and supporting causes that protect personal freedoms, especially for the disabled, the poor, those unfairly stigmatized by mental illness, and anyone who suffers. He is inspired by redemption stories, especially the character arc of Jean Valjean in Victor Hugo’s Les Miserables.

Between the Lines Publishing: https://btwnthelines.com/