Sophie attends a well-being retreat hoping to find herself, instead she finds a dead body.

Coming to the Scottish Highlands, she hopes to escape life and get in touch with her inner self. She wants to free herself from the anxieties that have gripped her for years.

Peace and harmony are advertised but what she discovers is anything but.

She is around women with other ideas. As she gets to know the strange bunch staying at Glenloch Hall, fights and arguments become the norm.

She should never have entered that fateful property.

She was looking for peace but found death. 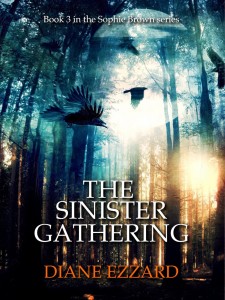 This is the 3rd book in the Sophie Brown series and it was totally different than the other 2.

Did I think it was better? Yes and no. Yes, because Sophie seems to have grown up and is made more intelligent by the author but that does not mean she does not do any not so intelligent things anymore. No, because for me this book had a lot less suspense in it.

I have to say that is was very, very slow paced. I don’t mind that at all if it suddenly picks up and drags you into a white water river and down some serious waterfalls. I am sorry to say that I can compare this story to a vulcano that emits a very small puff of smoke a every now and then without any sign of ever erupting.

I hate to not like a book, but this one was not my cup of tea. I am sure some people will love it, though. Bad books don’t exist. It’s only people’s tastes that differ. 3 stars.

Thank you, Diane Ezzard and RachelsRandomResources.

Manchester born Diane Ezzard writes emotionally charged psychological thrillers and mysteries about everyday people in seemingly ordinary circumstances until something goes badly wrong in their lives. Before taking early retirement to concentrate on her writing, she worked as a HR manager, a counsellor, owned a cafe and managed a charity. She now lives and writes in South East London close to her daughter and grandchildren. 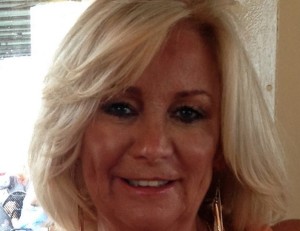