A satirical comedy featuring Christopher Columbus, a tech billionaire, and a global delusion. Mel Winterbourne is the founder of a small, single-issue charity in the obscure field of mapmaking. Its success in achieving modest aims attracts the attention of handsome tech billionaire Joey Talavera, who evicts Mel and hijacks her charity for his own ends: to convince the world that the earth is flat. Although his chances of doing so seem slim, Flat Earthery is an idea whose time has come. With the historical reputation of Christopher Columbus in free-fall, old-style ‘globularism’ becomes heretical for a new generation of angry, anti-Establishment free-thinkers. Teachers, politicians, and celebrities face ruin if they refuse to sign up to the new orthodoxy. For Mel, something must be done. Teaming up with a pariah tabloid journalist and a faded writer of gross-out movie comedies, she sets out to challenge Talavera and his deranged beliefs. Will history and the billionaire’s own family origins be their unexpected ally? Using his trademark mix of history and satire to poke fun at modern foibles, Simon Edge is at his razor-sharp best in a caper that may be much more relevant than you think. 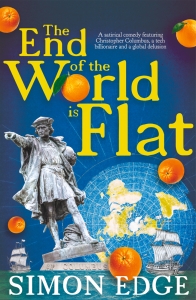 Thank you, Simon Edge and Eye And Lightning Books

SIMON EDGE is the author of four previous novels: The Hopkins Conundrum, longlisted for the Waverton
Good Read Award, The Hurtle of Hell, A Right Royal Face-Off and Anyone for Edmund?. Previously a journalist,
he was editor of the pioneering London paper Capital Gay before becoming a gossip columnist on the Evening
Standard and then, for many years, a feature writer on the Daily Express. He lives in Suffolk. 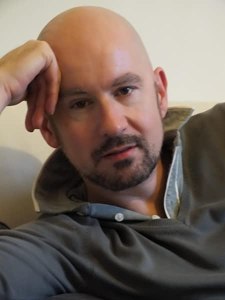