The partnership of Charles Babbage and Ada Lovelace was one that would change science forever.

They were an unlikely pair – one the professor son of a banker, the other the only child of an acclaimed poet and a social-reforming mathematician – but perhaps that is why their work is so revolutionary.

They were the pioneers of computer science, creating plans for what could have been the first computer. They each saw things the other did not; it may have been Charles who designed the machines, but it was Ada who could see their potential.

But what were they like? And how did they work together? Using previously unpublished correspondence between them , Charles and Ada explores the relationship between two remarkable people who shared dreams far ahead of their time. 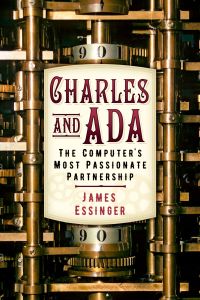 James Essinger was born in Leicester in 1957 and has lived in Canterbury in Kent since 1986. He was educated at Wyggeston Grammar School for Boys, Leicester, and at Lincoln College, Oxford, where he read English Language and Literature. He spent much of his time between 1981 and 1983 teaching English in Finland before working in public relations in London and then in Canterbury. Since 1988, James has been a professional writer.

His non-fiction books include Jacquard’s Web (2004), Ada’s Algorithm (2013), which is to be filmed by Monumental Pictures, and Charles and Ada: the computer’s most passionate partnership (2019) His novels include The Mating Game (2016) with Jovanka Houska, the film rights of which have been optioned, Rollercoaster (2019) and The Ada Lovelace Project (forthcoming in 2020). 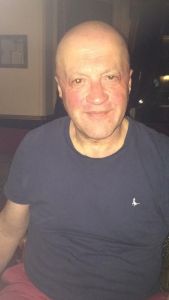