Dawn of the Assassin is an action/adventure thriller in which David Diegert, a young man of mixed race from a dysfunctional family, is coerced into becoming a hitman for an immensely wealthy, powerful man.

Thrust into violent situations, he surprises everyone, including himself, with how deadly he can be. After successfully completing trial missions, Diegert is selected for an advanced training program. The fate of the one person he loves, the reputation of his trainer and his own life depend on his ability to prevail in the final challenge of the program, the tournament of assassins. 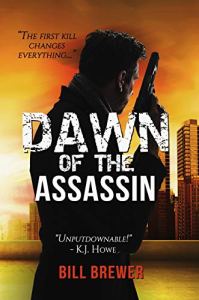 Discharged from the Army, David recalls his Ojibwa gifts from his mother.

Back at Fort Hood, Diegert completed the processing of his discharge by being informed of all the privileges he would not have. No GI Bill, no outplacement employment assistance, no veteran’s benefits. He was also disallowed to own a firearm, take a position teaching in a public school, and he could not become a police officer or security agent. A dishonorable discharge was almost as bad as a felony conviction. He took a bus from the base with his stuff in a duffel bag and got a room in a cheap place on the outskirts of Austin called the Single Star Motel.

In the motel room, Diegert dumped out his duffel bag, put his clothes in the dresser and closet, set his toothbrush and shaving stuff in the bathroom, and returned to the bed. Lying there were three items he had received from his mother a few years back. She had acknowledged his eighteenth birthday as his coming-of-age day, and to her it signified him becoming a man. She marked it by presenting him with three gifts that were part of the ritual for young Ojibwa men who were coming of age. A ritual Diegert had never heard of or expected.

The first gift was a leather amulet on a leather necklace. The necklace was beaded with colors that signified the seven values of the Ojibwa: wisdom, love, respect, bravery, honesty, humility, and truth. The amulet was a circular piece of leather. On the front, the top half was white and the bottom dark black. In the center, spanning both the top and the bottom halves, was the imprint of a human foot. The back contained an Ojibwa inscription, which stated: A man must travel through darkness to find the light.

The second item was a hunting knife. The knife had an antler handle, a six-inch blade, and a leather sheath. The blade had a razor-sharp edge and point. The back side of the blade had serrated teeth extending from the hilt for an inch and a half, and the rest was a sharpened edge designed for scraping and planing. Inscribed on the blade in Ojibwa was the phrase: The blade is both a tool and a weapon; let it work for you and defend you.

The final item was a woven wool blanket his mother had made for him on her loom. Its intricate pattern of stripes and diamonds were in tones of brown, yellow, and red. In the top corner of the blanket, she had embroidered an Ojibwa mother’s prayer: Your mother’s love will be with you always, covering and comforting you no matter where you journey in life.

She’d presented these gifts to him at home while his father and brother were out getting drunk at the Moose Jaw Inn. Of the three gifts, Diegert thought the knife was really cool. The amulet and blanket were nice, but he really didn’t care about them. After presenting him with the gifts, his mother had begun to tell him about Ojibwa customs for young men coming of age. She said, “David, these gifts symbolize the transition you are now making from a boy to a man. They can help you on your journey to find your purpose in life. You can find your spirit through a vision quest.” Diegert had never heard his mother speak of the Ojibwa customs before, and it freaked him out that she suggested he find meaning in life by communicating with a spirit. She continued, “Ojibwa young men let the spirit in, and it guides them to their life’s destiny. As an Anishinaabe, one of the good beings, you can let the spirit help you live a full and rewarding life.”

Diegert’s brow furrowed and his eyes narrowed, an Amish-nobby? What was she talking about? Diegert looked at his mother with a sidelong glance as he thought that maybe she had gotten into some of Jake’s drugs. His mother smiled at him as she placed a mocha maple chocolate cake on the table, his favorite. Her baking was exquisite, and Diegert’s smile returned as she cut a piece of birthday cake, saying, “I want you to have the very best life, and a vision quest seeking your Ojibwa spirit will get you there.”

“Thanks,” said Diegert as she handed him the cake.

His mother, who was always the most practical and down-to-earth person in his life, was now speaking of spirits and journeys and the meaning of life. She was also saying that happiness lay in his Ojibwa spirit. In fact, Diegert felt the Ojibwa part of him was the root of all his problems; the ostracism, the taunting, and fighting, the just plain being ignored by all the cool kids was because of being an Ojib-white.

He looked at his mother. “Thanks for the cake and the presents, I really like the knife, but an Ojibwa spirit quest, I don’t think so. Why are you dumping all this on me now?” Denise Diegert slid the fork out of her mouth and began to chew a bite of cake. She placed her gaze directly on the eyes of her son, who continued speaking. “Having Ojibwa blood in me is the worst part of my life. People in town, kids in school, and even the Indians on the reservation all hate me and you for being half-breeds. I hate the Ojibwa part of me, and I’m certainly not going to seek out any Indian spirits to guide me. I want them to stay the hell away from me.”

Swallowing her cake, Denise began, “You’re young, and you need time to realize the importance of accepting who you are and embracing those things which make you unique.”

Scoffing, Diegert said, “Did you memorize that from a lousy self-help book, because it sounds like psychobabble bullshit. I don’t need a spirit to guide me, and I’m sure not impressed with where the spirit led you. So if this is the best an Indian quest can do for me, you can fucking forget it.”

Diegert never swore at his mother, but the sudden infusion of Ojibwa culture and the lifelong pent-up frustration at the bigotry and prejudice he lived with brought out feelings he had long suppressed.

His mother replied, “I’m sorry you feel that way, but if you don’t seek the spirit with respect, it will find you in your darkest hour, where you will then be compelled to face the spirit’s wrath.”

“Oh yeah, right. Now the spirit is a great big threat.” Diegert grabbed the knife off the table. “If the spirit is going to come get me, I’m not going to be unarmed.” With his new weapon in his hand, Diegert walked out of the house and into the night.

Bill Brewer is a member of the Faculty of the College of Health Sciences and Technology at RIT where he serves as the Director of Exercise Science within the Wegmans School of Health and Nutrition. His areas of instruction include Anatomy & Physiology as well as numerous courses in Exercise Science.

Bill is a family man, happily married and the proud father of a son and two daughters. He lives in the South Wedge of Rochester NY. and loves to find outdoor adventure in the Adirondacks and in the Frontenac region of Ontario, Canada. 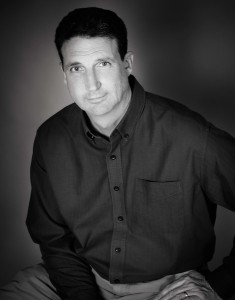