After racking up serious injuries, world-famous snowboarder Nate Forrest returns to the West Virginia coal town that has been his family’s home for generations. The transition’s a challenge, but there’s nothing more beautiful than snow. Except maybe Dr. Lacey Berryville. How can Nate resist this tender-hearted vet who adores every living creature and isn’t the least bit fazed by his celebrity?

Just what Lacey doesn’t need is for this larger-than-life, adventurous Olympic medalist to melt her caution away during the season’s last snowfall. She’s spent her girlhood moving from place to place, and soon she’ll be leaving again. So, what’s she supposed to do about the avalanche of feelings Nate is unleashing in her? Can she leave West Virginia’s tree-covered mountains behind—with Nate giving her the best reason of all to stay? 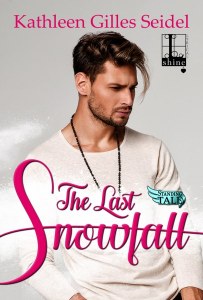 THE ENDLESS SEASON Freelance graphic artist Caitlin McGraw is living the hipster life in San Francisco when a jury summons brings her home to North Carolina. But doing her civic duty wasn’t supposed to include a reunion with

Seth Street, the celebrity Olympic medalist—and Caitlin’s teenage love. She fell hard for Seth at thirteen, only to lose him when he left in the middle of that third summer . . . when everything changed between them. You never forget your first love, and a decade of fame and fortune as the face of professional snowboarding hasn’t dimmed Seth’s memory of seemingly endless, perfect summers. Now, sequestered with Caitlin on a high-profile case, could Seth have a chance to rekindle those feelings of the past? Amid family conflicts and hard-hitting revelations in and out of the courtroom, Seth and Caitlin face some tough hurdles. With so much at stake, can they trust in what they’ve reawakened in each other and turn this season of change into a lifetime of love?

Metal screeched against metal. Nate jerked forward against his seat belt. The pickup spun, the road disappeared from the windshield, and they were sliding, going down. A gunshot exploded, something slapped hard into his chest and face. His ears started to ring. He was trapped against a big white balloon.

“What the hell was that?” The balloon was deflating with a hissing whine. He started coughing. The air was thick with something powdery and white.

Pete was coughing too. He was batting his airbag down, trying to twist in his seat to check on Hex. “That was a rig that accelerated when it was passing us. The back end of his trailer whipped out and hit us.”

“It’s talc. They pack the airbags with talc so the folds don’t get stuck.”

Nate kicked his airbag under the dashboard and used his sleeve to wipe the grit off his face. This was a different adventure than he had been hoping for. Pete was getting out of the truck. Nate opened the passenger door and sank to his bootlaces in the snow. The pickup was angled into the ditch, its headlights sending a faint glow from inside a snowdrift.

Nate shuffled through the snow up to the road. Grainy white pellets whipped against his face. Pete was shining a flashlight on the rear of the pickup. Hex was next to him, a dark dog-shape amid the swirling snow.

The back tires of the pickup were on the shoulder, leaving the rear of the truck almost in traffic.

“How bad is it?” Nate asked. “Any chance we can get out without a tow?”

“Nope. That’s why I drive a company truck. Stuff like this happens all the time.”

“How long will it take for a tow?”

“Forever. And we aren’t calling. The tow trucks need to be taking care of people who are in real trouble, not us.”

Oh, right. Good old West Virginia self-reliance didn’t rely on tow trucks. A fellow looked out for himself around here.

Hex suddenly let out a warning yip and shoved at Pete’s thigh, forcing him to grab the pickup to keep from falling. Over the whine of the wind, Nate heard a rumble. The rumble grew louder. He stumbled and slid down one side of the pickup while Pete and Hex skidded down the other. Pete shone the flashlight on the road, alerting the oncoming hauler to their presence. Not slowing at all, it lumbered past with a blast from its air horn, missing the end of the pickup by only a foot or so.

Two near-death experiences within ten minutes…they hadn’t managed that even when they had been a pair of teenage idiots.

“So, what was this about us not being in real trouble?” Nate made his way back to the road.

“Okay, I should have said ‘people without resources.’” Pete dropped the tailgate. “We have resources. The usual advice is to stay with your vehicle, but we’re too likely to be hit again. So, let’s grab some stuff and hunker down in the burnt-out barn. It’s not that cold. We will be fine until we can find someone to come get us.”

And they would have beefy jerky, cheap chocolate, and bad memories. “There were lights on at the Byrd place. What about if we cut across the field and throw ourselves on old Mrs. Byrd’s mercy? Is she still alive?”

“She was at Christmas.”

Pete handed Nate the gas cans, telling him to put them in the ditch away from the truck. No point in making a collision even worse. Nate then reached into the truck and scooped up his backpack.

“Any chance we could get lost?” he asked while Pete was setting the flares. Standing in the bed of the pickup, they had been able to see Mrs. Byrd’s lights, but they’d lose them once they started walking. “It’d be a

shame to end up frozen in a haystack, two little orphans lost in a snowstorm.”

“We aren’t orphans, no one makes haystacks anymore, and we have a dog. We won’t get lost.”

“It feels like Cheri ought to be here.” They might not have liked girls when they were eleven and starting barn fires, but soon enough they had discovered that their summer adventures were more fun if Cheri was with them.

“Easy for you to say,” Pete answered. “You’re not the one who would have to carry her if she was wearing the wrong shoes.”

He had a point there. Not that Nate would mind bending his knee and having Cheri put a foot on his thigh to swing up on his back, but Pete was her husband.

They crossed the road, slip-slided down the other ditch, and set off across the pasture, letting Hex guide them. Their flashlights carved yellow tunnels of light through the snow. Except for the back of Pete’s coat and an occasional glimpse of Hex’s dark hindquarters, the world was white.

In a few minutes they reached the crest of the field. Along the ridge was a windbreak, the line of cedars planted to break the power of the wind. It was quieter within the protection of the trees, and the snow was less deep. They could walk side by side. At the end of the trees, they had to go back to trudging single file. Hex led them up a little swell. Mrs. Byrd’s yard lights appeared, one suspended from an iron arm arching off the side of the hog barn, another on top of the old steel windmill.

The wind had scraped parts of the farmyard almost clear, driving the snow against the sides of the outbuildings in drifts as high as the latches. The faint tracings of one set of car tracks led to a brick outbuilding that must be used as a garage. The driver’s footprints leading to the back door were now only little hollows in the powdery snow.

Hex led them to the back door. Nate knocked, using the side of his hand to get a deeper sound. The wind was loud enough that a person of any age might have trouble hearing a knock, and old Mrs. Byrd had been “old Mrs. Byrd” for long as he could remember.

An outdoor light came on. The curtain covering the window in the back door twitched. Nate ducked so that Mrs. Byrd could see Pete’s more familiar face. The door opened.

Kathleen Gilles Seidel is a bestselling author of contemporary romances¸ two of which have won RITAs from the Romance Writers of America. She has a Ph.D. in English literature from Johns Hopkins. She grew up in Kansas and lives in Virginia. She and her late husband have two adult daughters. 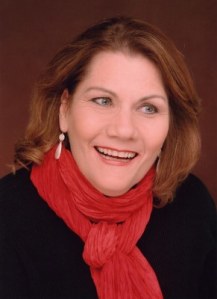