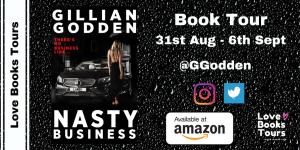 Tony Lambrianu is bold, daring and ruthless, qualities that have propelled him and Jake Sinclair up the ladder in London’s sleazy but lucrative underworld.

And, now that he’s running a fancy West End nightclub, Tony has new-found celebrity status – with a never-ending string of gorgeous women on his arm, he’s become the darling of the tabloids. However, despite his success, he still feels he lacks the respect he deserves and the status he desires. The little boy who lived on the streets is never far away.

Desperate for recognition, he’s driven to achieve more and more. Most of all, he craves the acceptance of Ralph Gold and to become a bigger part of his extensive web of organised crime.

Fearlessly facing up to enemies, winning battles and becoming the undisputed bosses of the London underworld can be a nasty business, but it’s the only business Tony and Jake know. And they’ll stop at nothing to succeed 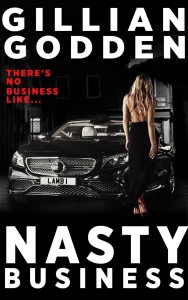 At long last, the club was ready. It seemed to have taken forever to gut and fully renovate the bossman’s old club in the West End of London, but now the wait was over. Lambrianu’s was no longer just a dream – it had become a reality.

Tony Lambrianu, the manager, had walked round it with Jake Sinclair – his business partner and the man he thought of as his brother – Jake’s wife, Sharon, and Elle, who had fostered both boys from a young age. They looked at the furnishings and took in the whole ambience, and they were astonished by the transformation.

The building works had been watched by the public, as they passed by on their way to work each day. Buses full of passengers and black cabs driving through the West End all seemed to be waiting for the finished result. It seemed the large building – now no longer surrounded by scaffolding and covered by long dust sheets – had attracting a lot of public interest.

Tony’s request that the sign, outside, should be pink neon had initially seemed shocking, but there was no denying it worked. The designers had continued the pink theme inside, to create an intimate atmosphere.

The bar was circular, the black top resting on a chrome base, and chrome stools with pink leather seats surrounded it. The dance floor looked like it was made of large glass tiles. Multi-coloured lights flashed and flared beneath it, lighting up the whole area, making it the centrepiece of the club. The theme continued with round black tables, surrounded by horseshoe-shaped pink leather sofas. There were private booths for those who wanted to sit away from the crowds, in the company of their own party. High up, near the ceiling, was a large glass DJ’s booth, and there was a stage, should they want to put on live entertainment. It all looked amazing.

CCTV had been installed both inside and outside of the club. Tony and Jake had their own office, and the CCTV monitors lined the walls, so they could watch everything that was going on. Tony had felt that this kept their finger on the pulse of the place. No one was going to creep up on him and walk in without warning, the way he had done to the South London mob boss, Marlon, and the hapless – now deceased – Eddie Rawlings.

All they needed, now, after all this hard work and waiting, were customers.

Sharon had suggested flyers advertising opening night and a notification in the local newspaper. Local tearaway, Dan, and his gang, had been given the job of posting the flyers everywhere and anywhere they could. Sharon had interviewed and hired bar staff, while Tony and Jake had sorted out security.

And now was the moment of truth; would anyone actually turn up?

Everything was in place. Two of the bouncers, smartly dressed in black suits and ties, were in charge of the doors, supposedly keeping the crowds safe – if there were any crowds. The bar staff and waitresses stood ready, dressed in black trousers, white shirts and pink bow ties.

Tony stood at the bar on opening night, having a drink with Sharon and Jake, impatiently waiting for the clock to strike nine. That was opening time. This project would either take off and be a success, or turn out to have been a money pit and a waste of time.

My name is Gillian Godden an Indie author and a full-time NHS Keyworker at a local inner-city medical centre in East Hull, East Yorkshire, England. My patients come from all sectors of society and no two days are ever the same. My duty of care is to my patients and during the recent pandemic, a lot of frightened and lonely people have relied upon us at the medical centre to offer guidance and support. This year is the 72nd anniversary of the NHS and we do everything we can to support outpatients when they need us.

When I come home I like to wind down and writing is my escape from the mental stresses of my day. My job is not a 9 to 5 job and I work to support my patients when they need me so my days can be long.

The medical team at the surgery work together to support all our patients during their time of worry and need.

On a more personal note, I grew up in a large family and am the youngest of 7 siblings. Over the years we have lost touch as life moves on. I lived in London for over 30 years and during this time I worked in various London stripper pubs and venues. I have a grown-up son who now lives and works in London as a haematology lab technician. He has been working on the COVID 19 testing and this has been a worrying time for us as a family.

Once he left for University 5 years ago I had more time on my hands I was encouraged to write a short story by a local library book competition. First prize was a P&O cruise and 2nd prize was £50, I lost to a pigeon fancier and an addicted crocheter.

My NHS colleagues supported my writing and encouraged me to continue to write, however being a little green and naive I went with a Vanity publisher, much to my cost. This experience did give me a platform to showcase my first book Francesca on Amazon and in the online book clubs. I was totally overwhelmed by the response and people messaged me via social media wanting to know more about the characters and how Tony Lambrianu grew up and became so successful in the London Gangland crime world.

To answer their questions I went backwards in time and wrote Dangerous games and Nasty business. These also were successfully received by my now increasing readership, so in order to complete the series, I wrote Dirty Dealings.

My readers are still interested in the characters throughout my books and asked for more information on the lives of Julie and Ralph Gold, so as I do everything I can to support my patients in my NHS job I wanted to do the same for my readers, so I am now writing Gold, the story of Julie and Ralph. Although this is standalone book readers who have read all my other books will soon be able to find out more about Julie and Ralphs life and how they met 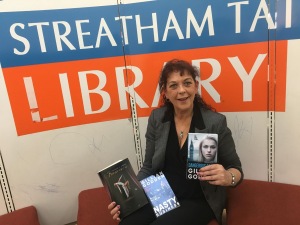