After his only friend and colleague, John Manta, disappears without a word, Dave Randall further entrenches himself in the humdrum life of an unenthusiastic lawyer. But once he begins to understand what happened, he embarks on a journey to uncover the deeper meanings and implications of John’s fate.

Accompanied by Peaches the cat, Dave uproots his life and reinvents himself in the midst of his search. Along the way, he is haunted by his piecemeal understanding of John’s fate and what it means for his existence. Little does Dave know, his journey of self-discovery will have ramifications that extend far beyond the borders of his own little life. 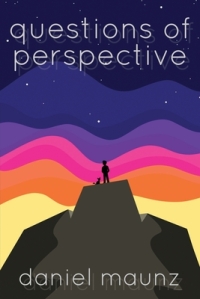 chapter two
My first moment of awareness on April 20, 2011—the morning after John attained
Godhood—was pulling into a parking space in the lot behind the SM&L building.
My mind snapped to life with a jolt once I realized I had arrived at work. I had no
memory of waking up, getting ready, or driving to the office. It was unnerving. I
thought back, trying to remember any particular detail from the time between
when my alarm went off and when I pulled into the parking lot, but I couldn’t.
Sure, I could imagine how it went, having made essentially the same commute for
the past five-and-a-half years: wake up at 6:45, fool around on Facebook for fifteen
minutes or so, shower, shave, throw on a button down and a pair of khakis, hop
in the car by 8:00, and arrive by 8:25 or 8:28, depending on whether I made the
light at Hempstead Turnpike. I knew I must have done all of those things that
morning, but I had no independent memory of them. I remained seated in my car
for a few moments, trying to make sense of this development. Are my mornings now
controlled solely by mindless reflexes emanating from my spinal cord, with my brain sitting out?
I wondered. Will this eventually become my entire day? My entire life?
That sobering thought was interrupted by a rapt tapping on my window. I
rolled it down and was caught off guard when my secretary Donna crammed her
head in, giggling.
“Why’d you roll down the window, silly?” she tittered. “Aren’t you going to
come into work today?”
Right. I raised my window, nearly decapitating Donna, who was studying the
cluttered backseat of my car with equal parts revulsion and fascination. I turned
off the engine, got out, and took the box of documents from the prior day’s
deposition out of the backseat. Donna waited and studied my actions moon-eyed,
as if I were performing a particularly amazing magic trick.

A plump woman in her middle years with wispy, unstyled blonde hair, Donna
was one of the better secretaries at my firm in that she knew, more or less, how to
type. That notwithstanding, I still dreaded (and actively avoided) engaging her in
any type of social interaction. When she was first assigned as my secretary several
years earlier, I made the mistake of routinely asking her, just to be polite, how she
was doing. This, more often than not, prompted a long sigh from Donna, followed
by a reluctant “hanging in there,” which in turn was followed by a long story about
whatever ailment was bothering her that day, and finally concluded with “one day
at a time, I suppose.” I eventually learned that it was safer not to inquire as to
Donna’s well-being but rather to simply assume that she was doing shitty.
But Donna’s moods only knew black and white, with no room in the middle
for any shades of gray. On those days she wasn’t walking around dejected, she
absolutely bounced around the office, peppering her coworkers with unfiltered
personal questions. Of course, since she was my secretary, I was often on the
receiving end of those inquiries. “How come I never hear about you having a
girlfriend?” “Are you eating right? I couldn’t help but notice that you’ve gained
some weight.” “Are you and John an item?” Dealing with Happy Donna was as
painful as dealing with Sad Donna, and I only took note of her moods to the extent
that they impacted my strategies for avoiding her. When all else failed, John and I
had a backup plan in place that involved me subtly emailing him if Donna was in
my office with no sign of leaving. John would then phone me, and I would answer
with apologies to Donna. “Oh, I’m sorry,” I would coo to her as I reached for my
ringing phone. “I have to take this.” And out she went. Usually.
I immediately realized that morning that I was dealing with Happy Donna.
The key for handling her in such a state, I had learned through trial and error, was
not to allow her to get a foothold into any conversation. Any substantive response
on my part would simply fuel a further round of intrusive questions. Thus, I put
on a coy face, recited an unenthusiastic “good morning” to Donna, and made my
way toward the building with the box of documents jostling against my hip.
Donna, eyeing my burden, followed behind.
“That’s a big box you got there!” Donna exclaimed after we reached her limit
for handling uncomfortable silences.
“Yup!” I grunted. I limped, trying to create the illusion that the box was
heavier than it actually was. This is too cumbersome for me to make small talk, my body
language said. But Donna was not fluent in body language.

“Looks heavy,” she ventured after another long pause. Donna simply could
not stomach more than three seconds of quiet.
“It is,” I said as I exhaled. “Would you mind carrying it for me?”
Donna forced a laugh, and what it lacked in actual mirth, it more than made
up for in volume. As we approached the building, Donna dashed ahead to hold
the door open.
“The least I can do!” she said as I entered. No shit, I thought. We made our
way to the elevators, and Donna pressed the “up” button before I could reach for
it. “You’re lucky I got here at the same time as you!” I flexed my face in a parody
of a smile as we waited for the elevator to come down to the lobby.
Here comes the talk about the weather. But Donna surprised me.
“You know, your little buddy was out yesterday,” she said.
“Who?” It was a dumb response. John was the only person in the office that
I voluntarily talked to.
Donna laughed. “You know! Your buddy—John! He was out yesterday, and
apparently he didn’t even bother to call in!”
“Really?” I hated to tip my hand and show interest in a Donna story, but I
couldn’t help it. As much as John hated work, I couldn’t remember him ever taking
a sick day. I tried to imagine how John would handle it if he was thrown into a
scenario where he had to take an unexpected day off. I thought he would call in, but
I couldn’t be sure. John was a naturally gifted attorney who was valuable to the
firm, but he did like to occasionally test the partners to see what he could get away
with. Which, as it turned out, was quite a lot. John often told me that he was given
a long leash because the partners continued to believe he had Asperger’s, but I
always thought his legal talents were the bigger contributing factor. Attorneys at
my firm are either normal and mediocre, or, less common, good and weird. Bigger
and better firms inevitably snatched up all the attorneys who managed to be skilled
and otherwise unremarkable. John was as strange as he was gifted, and the partners
realized that in order to fully take advantage of his abilities, they would have to put
up with a fair amount of oddness on his part … which John was more than happy
to exploit.
“Oh, it was quite the tizzy yesterday!” Donna continued. “John apparently
had a deposition scheduled here, and he just didn’t show up at all! Everyone was
waiting for him! Eventually, Sal had to go in himself to cancel the deposition. Boy,
was he mad! It sure was irresponsible of John not to show up, don’t you think?”

I grunted noncommittally as we both stepped into the elevator. I had
forgotten about John’s deposition. Sal Martucci was the head of our practice
group. More importantly, he was the managing partner of the firm. If he had to
cover a deposition because John was AWOL, that was a big deal. It was unlikely
that the abnormally long leash that applied to John would cover such a
transgression.
The whole thing struck me as odd. While I could picture John skipping work
when he was the only one who would be hurt by that dereliction of duty, I could
not imagine John inconveniencing others by acting irresponsibly. As much as he
groused about his job, I had never known him to allow his piss-poor attitude to
negatively impact anyone else. It was strange, and I had a lot of questions. Still, I
had no desire to give Donna the satisfaction of gossiping further about John.
“Why would he just not show up for work?” Donna asked.
Please, just shut up. “Not sure,” I said curtly.
“Don’t you think that’s peculiar?”
Not as peculiar as you, you windbag. “Maybe.”
We finally reached our floor, and Donna hopped out of the elevator with a
smile.
“Have a great day!” she exclaimed.
I gave her an insincere smile of my own. Don’t tell me what to do.
Donna and I parted ways in the lobby. I nodded a curt hello to our eightyyear-old receptionist Dorothy (who was, incredulously, ignorant of The Golden
Girls) and trudged toward my office. Along the way, I spotted Mark Foster,
sporting an even more orange tan than earlier in the week and leaning casually
against an office doorway. When I approached him, I realized the office entrance
he was lounging in belonged to one of the firm’s younger associates: a tall,
attractive, dark-haired woman named Madison, only about two years out of law
school. Madison, I understood, had basic “book-smart” intelligence, but on the
few occasions I had spoken to her, I realized that she was so dull that she almost
crossed back over into the realm of interesting. Almost, but not quite. John and I
ended up next to her at a happy hour two months earlier, and her response to
every joke we made to each other was to blink rapidly in confusion as if we had
switched to a foreign language mid-conversation. After we explained to her
(repeatedly) that we were joking, she proceeded to force a laugh. Not out of any
sense of merriment, but merely because that was what she understood to be the
appropriate response to a joke. It was weird.

When he is not writing, Daniel Maunz works as an attorney as in-house counsel for a major insurance company. He currently lives in Sullivan’s Island, South Carolina, with his wife Lynne, their son Patrick, and their two cats: Admiral Meowy McWhiskers and Captain Cutie (or “Admiral” and “Captain” for short). Questions of Perspective is his first novel. 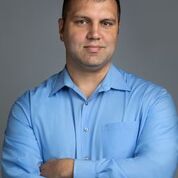 10 Free inscribed copies of the novel