This second thrilling volume of the Sun Song trilogy takes Sorlie to the floodlands of southern Esperaneo to discover that family, love and resilience can triumph against even the harshest regime. Escaping from the penal colony on Black Rock, Sorlie joins his grandmother Vanora’s revolutionary army, expecting to find freedom. Instead he finds murder and mayhem. With her army in disarray and her network of supporters disappearing, Vanora chooses Sorlie to become her warrior. When Vanora is kidnapped, Sorlie becomes injured and marooned in the strange reservation of Steadie where old people and specials are hidden and protected from The State. But these outcasts are not the only secrets Steadie keeps. Why is Sorlie kept drugged for over a week? What are their links to The Blue Pearl Society? Why are they so wary of the Noiri black marketeers? And who is The Prince everyone is whispering about? The Sun Song trilogy explores life in a futuristic, post-apocalyptic Britain where society’s norms have broken down and life has to be lived differently. 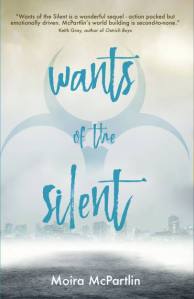 I opened my eyes to a crack of daylight squeezing through the tent walls, the smoky air blurred with the remainder of celebration night. Somewhere nearby I heard a rustling like an animal rooting about just outside. Someone coughed in the distance, a rough, hard to clear cough, deep down and deadly. When I moved my legs a pain in my ribs jabbed like an eager boxer. I gasped out.

Close by someone turned in their sleep. Farts and bad breath fogged from a mass of humanity I sensed just beyond the thin tent door. When I exhaled clouds of vapour escaped my lips into the cold. I huddled under the ugg blanket and bulleted a few facts.

I’m in a place called Steadie

Friendly? They haven’t beaten me

They’re feeding me food and drugs – could be pirates, holding me to ransom

I told them I’m Vanora’s grandson – that was pretty dumb, Sorlie

Am I really being kept against my will? Sure, I was being drugged, but I was in a tent, how hard is it to escape a tent? I pushed up to sitting, ribs flared as I swung my legs off the bed. Woah. My head swam like a turd in a puddle. What the snaf were they giving me?

Daybreak sounds filtered from outside. The rich smell of burning wood elbowed the body smells into yesterday. My legs wobbled as I teetered to the door. I pulled across the

tent flap expecting a guard to push me back. Instead I was knocked back by the sight before me. A city of green and white boxes arranged in a grid, with streets narrow and intersections so precise they would make any urban planner swell with pride. I looked up at my tent and saw the same green and white exterior.

‘Freight containers,’ I said out loud, not quite believing I was awake.

Moira McPartlin is a Scot with Irish roots. Although born in the Scottish Borders, she was brought up in a Fife mining village. She has led an interesting life as a mother and successful business woman. Moira made a big impact with her debut novel The Incomers, which tells the tale of a West African woman moving to a small town in 1960s Scotland. It was shortlisted for the Saltire Society First Book of the Year Award and was a critical success. Moira is also a prolific writer of short stories and poetry, which have been published in a wide variety of literary magazines. She currently lives in Stirling, Scotland. 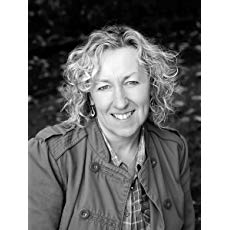