The famous paranormal investigative television show, Dead Inns, is tasked with investigating the Juniper Hotel near downtown San Francisco. Rocky Rapport, the psychic medium on the show, makes a startling discovery while investigating the hotel. During their investigation, Rocky encounters the recently departed, Sam Thompson. Their meeting may forever change the very nature of paranormal investigations … and test Rocky’s frazzled nerves at the same time. Rocky not only discovers that the hotel’s haunted history is true but now Sam simply won’t leave him in peace until he helps him solve his murder and locate his stolen merchandise, a bag filled with uncut diamonds 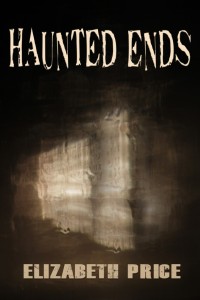 “Hun, I hate to come across as all-overish for ya and all, but…you’ve expired! Ya know, died?” she said with a quick smirk as if it wasn’t a big deal to be dead.

“I’ve died?” Sam gasped. “But…I gotta go to work tomorrow…er, I mean today. I can’t be dead. That…that can’t be me.” He pointed to the gurney.

The woman strolled over to Sam, passing by him. She then lifted the gurney’s sheet, showing Sam his body. “Looks like you’ve got a good excuse for not goin’ to work now!”

Sam inched down to the floor, his mouth gaping as he attempted to understand just what had happened to him. “This can’t be,” he kept repeating. “How can I possibly be dead?”

The woman stood above him, offering him her hand. “Don’t fret. You get used to it in time. Trust me, it ain’t all bad,” she assured.

Sam took her hand. “Being dead? How? How can this—” He motioned up and down to his transparent body, “…NOT be bad?” he barked back in a tirade. He was sure his face was turning beet red—that is, if he could possibly see it anymore.

She shrugged her indifference at the situation, twirling her feather boa at Sam playfully. “Now, don’t you be gettin’ all huffy with me. I’m just the welcome wagon. I’m Melody, by the way. We’ve never officially met.” She offered her hand once again to shake.

“Yeah, we know. You’ve been coming around here for quite a while. We pick up on these things,” she replied.

“We? Who’s we?” Sam asked, looking around the room for signs of any others—like themselves—who were lurking in the shadows.

From all around him, faces appeared and then disappeared. Sam blinked several times, trying to focus on the images around him. But none of the images ever remained in focus for long enough to see them completely.

“That’s just the gang. This hotel has been around since the forty-nines came into town searching for gold. We’ve collected our fair share of lost travelers over the years,” she explained. “Most of us are salt-of-the-earth kind of people who only like to keep a low profile. And many of us try to help the guests when we can. But there are a few you better stay clear of,” she continued.

“Wait a minute. I’m not sticking around! I have a life, a job…” Sam looked up, suddenly hearing the front door opening. The paramedic crew was now rolling his body out the front doors. “Wait!” he cried, racing after his body.

As soon as he hit the front door, he bounced right back into the lobby as if hitting an invisible wall. Sam fell back, landing on his rear, surprised to feel his nose swelling. “What?” he screeched. “What the hell? I thought ghosts could—”

Melody sauntered over to the sofa. “Yeah, I’ve heard that one before. I’ve seen it happen more times than I can recollect. You’re part of the hotel now.”

Sam grabbed his ears, wrapping his elbows around his face. Everything seemed so wrong, so frightfully wrong. He just couldn’t be dead. He was about to eat a nice Italian meal and now he was, what…a ghost forced to spend his afterlife haunting The Juniper? None of it made any sense, especially since he still had a colossal craving for Petro’s.

“Get a grip,” Sam repeated to himself several times, but never once listening. He then grabbed the red velvet curtains that hung around the front bay window. “There HAS to be a logical explanation to this.” He spun to Melody. “I know…I was shot, but now I’m in a coma in some hospital. And any moment I’m going to…”

Melody slowly shook her head, smiling her understanding grin. “Hun, you’re dead. The sooner you come to grips with it, the better. It’s not the end of the world!” she stated.

“But how? How do you come to grips with being dead?” he growled.

“It’s not like you have a choice. Now, why don’t ya come upstairs and meet the others…” she said, reaching out to hold his shoulder.

Sam pulled away. “What do I do all day? Stand around here, scaring children and pets? Or is this it…forced to remain here in this dreary hotel while watching my afterlife pass me by?”

Melody sauntered up the main staircase but disappeared once she reached the top. She knew Sam needed more time to cope, so she wasn’t about to wait around for him to come to grips with his situation.

Yet again, Sam plopped on the sofa and stared out the lobby’s window. Outside, he watched the paramedics loading his body into the back of an ambulance.

“Now what?” he wondered to himself.

Born in Southern California, Elizabeth has always been drawn to Science Fiction and fantasy stories. Having also lived and worked in haunted buildings for many years, she has a deep interest in the paranormal and anything that goes “BOO!” in the night – with the exception of critics that is.