Danniella is running from her past, so when she arrives at the beautiful seaside resort of Whitsborough Bay, the last thing on her mind is making friends. After all, they might find out her secrets… Alison is fun, caring and doesn’t take herself too seriously. But beneath the front, she is a lost soul, stuck in a terrible relationship, with body confidence issues and no family to support her. All she really needs is a friend. Karen’s romance has taken a back seat to her fitness business. But she doesn’t want to give up on love quite yet. If only those mysterious texts would stop coming through… When the women meet at their local bootcamp, a deep friendship blossoms. And soon they realise that the secret to happiness is where they least expected to find it…

Jessica Redland is the author of nine novels including Searching for Steven which are all set around the fictional location of Whitsborough Bay. Inspired by her hometown of Scarborough she writes uplifting women’s fiction which has garnered many devoted fans. 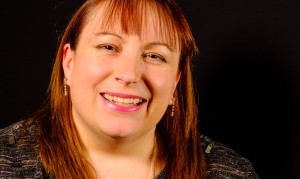