IN THE TURMOIL OF WAR, CAN SHE KEEP HER FAMILY TOGETHER?

But when her father gambles the family’s fortunes on a speculative investment in London’s docklands, Daisy and her family are swept up into the intrigue, danger and excitement.Desperately the Purbrights attempt to settle to a new life in the East End, but the whisperings of war grow louder.

Then, one late afternoon in September 1940, Adolf Hitler conducts a paralysing bombardment on London and war tightens its grip. Life changes dramatically and closely guarded secrets threaten the Purbrights’ happiness.

Can Daisy and her family survive one of the most fateful events of the 20th century? 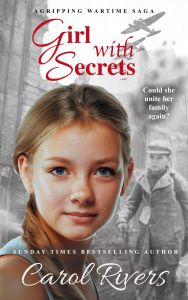 One frost-white morning at the beginning of November, when the first scent of Christmas clung sweetly to the high ceilings of the spacious mid-Victorian villa, nine-year-old Daisy Purbright woke, as usual, long before the rest of the household.

For a few moments she listened to the sound of her brother, ten-year-old Bobby, snoring softly under the covers of the camp bed. Only a tussle of white-blond hair, the same shade as her own, showed on the pillow. Whereas Bobby had short, determined curls, Daisy’s hair was straight and silky without a bend or swerve in any direction. Pops had informed her that although there were only two surviving senior male Purbrights, himself and his brother Uncle Ed, a noteworthy characteristic of many previous Purbrights was snowy hair, arctic blue eyes and a pale but robust complexion.

Curious to discover what the new day held she crept from her bed and tiptoed to the landing. Here, a little shivery in her nightgown, she pressed her ear against the door of their older brother’s bedroom. All was silent. Daisy suspected that seventeen-year-old Matt would be lost in dreamland wooing his drippy sweetheart, Amelia Collins.

She adored her teenage brother, but was also a tiny jot jealous of Amelia who lived closer to Poplar, a bicycle ride away. Somehow Amelia had spun her web and Matt had fallen into it, mesmerised, just like the moths that flew too close to the Tilley lamp flame.

Daisy loved her two brothers and father Nicholas with a passion. Pops was tall and handsome though he walked with a slight limp, a Great War injury. Matt was just as handsome, a younger mirror image of their father. Consequently, Daisy was thoroughly spoiled as the only daughter of the Purbright family. Her mother, Florence Purbright, posed more of a challenge, for Daisy had not yet decided where her true loyalties lay. Mother was beautiful and elegant. However, she dished out the discipline which was a definite minus. On the plus side, she was an exceptional cook and had long ago figured out Daisy’s weak spot. Basically, her stomach.

‘To poach or steam an egg might seem simple,’ Mother had once explained. ‘But your masterpiece might turn as hard as nails with overcooking.’

And oh, how Daisy enjoyed Mother’s eggs! Her mouth would water at the soft succulence and sprinkling of pepper on the sunny crown. Mother would smile knowingly, as if sharing a secret, somewhat in line with the secrets she shared with Daisy’s father, but, Daisy suspected, of quite a different nature.

Daisy was not only blessed with exceptional inquisitiveness but a keen ear too. She was eager to be in on all the gossip and intrigues of the Purbrights. Florence Purbright often remarked that her daughter might have the look of an angel and the mind of a politician. Daisy did not really understand what a politician was, but had accepted the title with good grace since no other child she knew had been given it. And that was Daisy all over. A one off, so her Pops insisted.

‘They broke the mould when they made you, my treasure,’ Pops declared only yesterday. ‘We’ll see you in the House one day, arguing for women’s rights just like Mrs Pankhurst.’

‘Nicky, please don’t give the girl high ideas,’ scolded Mother. ‘She has enough of her own right now.’

‘My high ideas won you over, dearest,’ Nicholas Purbright teased. ‘Without them I would surely have been rejected.’

Mum and Dad were both East Enders who were born on the famous or should I say the then infamous Isle of Dogs. Their family were immigrants who travelled to the UK from Ireland and France, while others emigrated to America.

As a child I would listen to the adults spinning their colourful stories, as my cousins and I drank pop under the table.

I know the seeds of all my stories come from those far off times that feel like only yesterday. So I would like to say a big heartfelt thank you to all my family and ancestors wherever you are now … UK, Ireland, France or America, as you’ve handed down to me the magic and love of story telling. 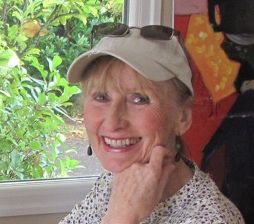