Be calm, she thought. Be gracious. Be twenty-two.

Lady Olivia Fanton is eager to prove she’s no longer a child. However, just as she thinks she’s found a suitable match in the suave Mr Manning, charismatic Captain Jem Ford walks back into her life, bringing with him all the embarrassment of her infatuation four years before! She’s determined to appear mature, distant, friendly. But does she dare hope he’ll notice her as the lady she’s become? 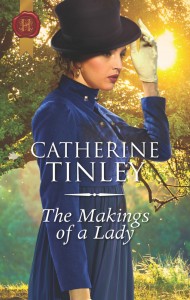 Today I am allowed to share an extract with you. I do hope it has piqued your interest enough to want to read the whole book. Enjoy!

This extract is taken from chapter two. Lady Olivia has just met a handsome stranger, George Manning, while walking in the bluebell woods.

He is the perfect distraction from the fact that a dashing young soldier whom Olivia had been infatuated with is due to visit the family again for the first time in four years. From having no eligible gentlemen in her life, Olivia is suddenly about to have two!

In this scene, George Manning, quite without permission, has unexpectedly decided to kiss Olivia!

His lips were surprisingly cool and the kiss was gentle, questioning. Before she even had the chance to understand what she was feeling, he was gone again, mild amusement in his expression—perhaps at her lack of response.

‘Apologies! I do not know what came over me.’ She raised a sceptical eyebrow. ‘Well, perhaps I do. I am overwhelmed by your alluring beauty.’

‘Or maybe you are simply an opportunist and an adventurer!’

‘Ow!’ He clutched his chest dramatically. ‘She wounds me with cruel words!’

She snorted. ‘You are fortunate I did not push you into the water.’

‘But a lady like you would not do such a thing, surely?’

‘Oh, wouldn’t I? I’ll have you know I often gave my brothers a ducking on these very stones.’

‘Touché,’ he said lightly. ‘I shall make a tactical retreat on this occasion.’ He turned away, then twisted back immediately, as if a sudden thought had struck him. ‘Will you promise not to push me from behind?’ His eyes were dancing with laughter.

‘Will you promise not to kiss me again?’

‘Mr Manning, I grew up with two older brothers and I am aware of the ways in which words can be twisted. Now, explain. Are you saying you will not kiss me again, or that you will not make the promise?’

He only laughed and skipped ahead quickly. Reaching the safety of the river bank, he turned to smile a challenge, displaying white, even teeth. ‘That is for you to work out, Lady Olivia.’

Olivia tossed and turned, desperately trying to quiet her mind enough to fall asleep. Mr George Manning had disturbed her equilibrium and, really, she could not say why. Of course it was not fate that had brought him to the river at the same time as her! It was merely coincidence. Gothic novels were simply the product of someone’s imagination and, much as she and Lizzie enjoyed reading them, she must not be as foolish as to allow such notions to influence her in matters of importance.

Despite this, her mind insisted on playing out every detail of her encounter with Mr Manning—his handsome form and features, the expression on his face as he had taunted her, that kiss… Perhaps, she thought, I should marry. It would take me away from Chadcombe and would certainly be an adventure. A handsome, interesting husband and being mistress of my own home…

Do not allow foolishness to overcome you! she told herself. Others might sometimes forget it, but you are no longer a schoolroom miss. You are a grown woman of two-and-twenty and should know better than to be thrown off balance by a handsome face and a few clever words. You have been taken in before. It must not happen again.

She smiled into the darkness of her room. Perhaps she should have knocked George into the river! For a few moments she enjoyed the thought of him, dripping and astounded, sitting in the river, his beautifully polished boots ruined…

Anyway—there should be no doubt in her mind. Any man who would surprise a kiss on a maiden he had just met had to be of dubious character. He had taken advantage of her, knowing her to be alone and unprotected. She was right to be wary of him.

Yet, she recalled, he had given her time to turn away from his kiss. And afterwards he had behaved perfectly civilly as he walked her back to the shady area where her horse waited. He had even turned his back while she donned her stockings and boots.

At least, she thought, George Manning is a distraction from the fact that he will be here tomorrow.

Jem, who had disappeared from her life suddenly and completely.

Jem of the handsome face and the crooked smile. Memories flooded into her mind and her heart turned over.

Stop! she thought. Remember what he did. He allowed you to hope, to expect a proposal, when all the time he had no serious intent.

At the thought, her old anger began to resurface. How dared he behave so callously towards her? He had rejected her, then walked away without a backward glance, uncaring of the devastation he had caused.

She squeezed her eyes tightly closed and turned over. This was all her own fault. She had wished for something different, something out of the ordinary, and Fate had sent her George Manning and Jem Ford. At the same time. She was not sure she approved

Thank you, Catherine Tinley and RachelsRandomResources.

Catherine Tinley writes heartwarming Regency love stories for Harlequin Mills & Boon. She has loved reading and writing since childhood, and has a particular fondness for love, romance, and happy endings. After a career encompassing speech & language therapy, NHS management, maternity campaigning and being President of a charity, she now works in Sure Start. She lives in Ireland with her husband, children, cat, and dog and can be reached at catherinetinley.com, as well as facebook.com/CatherineTinleyWriter and @CatherineTinley on twitter. 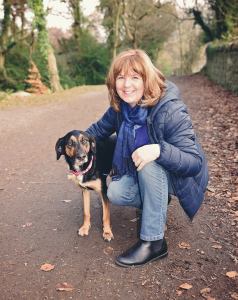