They were kidnapped. Nobody knows where they are. They all receive instructions to follow the path through the forest. What they discover will come as a true shock. The truth is hidden under a veil of secrets. 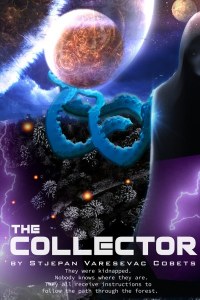 George S. Braham awakened from a disturbing dream. His head, his head was paining so terribly and his stomach revolted with nausea. With great difficulty, he tried to squint, but the bright light made him close his eyes immediately. George tried to remember what happened last night in Berlin, but all was a haze. It was his last free day before going to the dangerous terrain in Afghanistan. He wanted to go out into the city to divert the disturbing thoughts from his head. The situation on the ground was bad and didn’t encourage him. A few in their unit had been wounded when they exchanged fire with rebels.

Berg Bar seemed to be an ideal place to drink in peace, not very crowded most of the time. George wanted to relax a little, but he went to the field. He was too concerned. He had to return urgently to his unit, due to the new situation. George was sure he had only drunk two whiskeys before he left the bar. He was convinced that the two drinks couldn’t knock him down, he tolerated alcohol well. Angrily he wondered: “What the heck did the waitress put in my drink?”

He tried to get up, but it was impossible. Every muscle in his body painfully pulsed and trembled; his legs and hands were heavy as lead. After ten minutes, George started to panic because of no matter how hard he tried he just couldn’t bring his body to move. He slowed down his breathing and listened. He could hear a soft hum but couldn’t point out its location. The entire space seemed to be buzzing and vibrating. Soon, all sounds ceased, and he trembled tensely, waiting to see what will happen. Suddenly, the pain and pressure in his head disappeared. He carefully opened his eyelids.

The first thing he saw was the bundle of thin, transparent tubes hanging from the ceiling. When he lifted his head and looked at their ends, he noticed that he was completely naked. Yellow liquid flowed through tubes connected to his body by wide flap-shaped ends. An uneasy feeling seeped through his spine as he realized a bunch of pipes were stirring over his body. Suddenly, with an audible plop, the pipes began to separate from his body and retreat into the hidden opening in the high vault. Terrified, he straightened up into a sitting position and grabbed his head. What’s going on here? Where the hell am I?

He was in a shallow hollow in a massive, square, white block that reminded him of stone. The slot was filled with a yellow liquid that slowly dripped onto a block. He had the feeling that the material, though similar to plastic, absorbed liquid like a sponge. George dipped his fingers into the liquid and was surprised to find them dry when taking them out. While he was trying to figure out what kind of fluid that was, a new shuffling sound startled him. From the corner of the wall across from him, ten centimeters of thick, white shelf slowly started to emerge. On it were neatly folded clothes and a large hiking backpack. At the same time; on the wall above the shelf, flashed a sentence written in green letters, “PUT ON YOUR CLOTHES AND SHOES! PLACE THE REST OF YOUR THINGS IN THE BACKPACK AND WAIT FOR FURTHER INSTRUCTIONS!“

A slot on the stone block, he was sitting on started to rise, and he instinctively jumped to his feet. Although his legs were unstable and trembling, he walked to the nearest wall and touched the surface with the tips of his fingers. He hoped to find an exit to escape from this room and from the madman who sent him these messages. His research was interrupted by a painfully screeching sound that made him cover his ears with his hands. The light shut off in the room, and the inscription on the wall blinked red with a new command, “SINCE YOU ARE NOT RESPECTING THE GUIDELINES, WE USED FIRST PRECAUTION WARNINGS. IN CASE OF FURTHER INSUBORDINATION, THE PENALTY FOR DISOBEDIENCE WILL BE MORE SEVERE.”

Despite the splitting pain in his head, George angrily cursed: “Go to hell, you and your—” But he didn’t get to finish the sentence. The pain in his head became unmanageable. His eyes filled with tears and he fell to his knees.

“THE PENALTY WILL BE MUCH WORSE IF YOU CONTINUE TO RESIST. GET DRESSED, AND PLACE THE REST OF THE THINGS AND EQUIPMENT IN YOUR BACKPACK. FURTHER INSTRUCTIONS WILL BE GIVEN SOON…”

Stjepan Varesevac-Cobets was born on 12 September 1965 in Split, Croatia. He lives and works in Kastel Sucurac, where he finished his elementary and secondary schooling. At a very young age, he started reading and loved it because, through books, he traveled to places he could never visit in person. As a child, he loved fairy tales and adventure but later discovered other genres. When he found a Jules Verne book in the library, he became fascinated by science fiction. He has been writing poetry for fifteen years and has started writing science fiction. Lately, he has also written children’s fairy tales and fables. He has published, in Croatia, “An Opened Heart” in 2002, “The Sleepy Way” in 2005, and “Love” in 2006. On Amazon he has published the poetry collections “The Child of Happiness” in 2015, science fiction novel “Godeena” in 2015, the science fiction short story “Butterfly” in 2016, the poetry collection “When the moon takes over the dream: Love Poetry” in 2016, and in 2017 the poetry collection “The Flaming Horses: Collection of poetry”. He also translated his new Sci-Fi novel “The Dream of the Forest”. 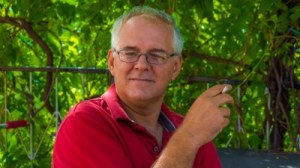