When Eddie Ryder is burned alive by fellow members of the Hell Riders motorcycle gang for ratting on them, he vows revenge with his dying breath. He returns as a ghost, with his custom motorcycle Diablo by his side and launches acampaign of vengeance that leaves plenty of bodies in its wake. 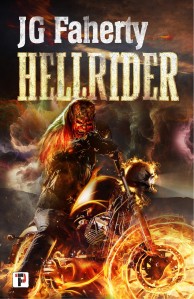 Eddie’s private office was a small room in the back of the garage, separated from the bays and customer service areas out front. It had originally been the women’s bathroom, but when Big Eddie purchased the garage, he tore out the plumbing, sealed the outside door, and made it into a little getaway for himself, a place where he could be alone to smoke his cigars, drink cheap whiskey, and watch wrestling on a tiny black-and-white TV. After taking over the business, Eddie had changed a lot of things, but he’d left his father’s mini man-cave alone, understanding that he might need the private space as well.

Filled with a need to release the pent-up frustrations churning in his guts, Eddie put on his ear buds and donned his boxing gloves, one of the few things of his father’s he’d kept after the old man disappeared. With his phone blasting heavy metal in his ears – Demon Dogs, Charred Walls of the Damned, and Iron Maiden were his favourites – and no windows to provide distractions, he quickly lost himself in the rhythm of his fists, pummelling the bag with a fury that matched the driving beat of the music. Imagining it was Hank Bowman’s face he was battering.

Twenty minutes later, soaked in sweat but calmer, Eddie opened the door that led down a short hallway into the main bay.

And found the entire left side of the garage on fire.

An angry red and orange blaze stretched from front to back, devouring shelves of tires, tools, and old, grease-covered manuals. Clouds of black, oily smoke obscured large portions of the bay and filled the space with the acrid stench of burning rubber and chemicals. “Shit!” He thought about getting the fire extinguisher, but the flames had already reached halfway up the wall. Nothing short of a fire truck was going to put it out. Instead, he turned and ran for the customer service desk, intending to call 911 before opening the bay doors and getting the hell out.

He was halfway there when several of the front windows shattered inward. A moment later there was a new wall of fire growing before him, the flames already climbing the legs of his desk and setting stacks of paper on fire. Outside, someone shouted, “Fuck you, Ryder!”

Something exploded behind him, the force of it throwing him against one of the big lifts. Bones snapped in his chest and his head connected hard against metal. The room faded away to nothing but black and red, leaving just a small circle, like he was looking down a tunnel. Behind the ringing in his head and the sounds of the fire, he thought he heard distant laughter… 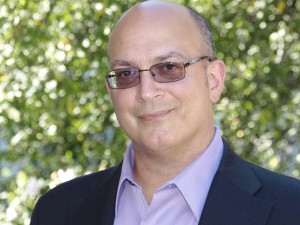