In the UK, Detective John Steel is investigating the organization who killed his family. When he comes across information that something big is going to happen on the cruise ship Neptune, Steel goes undercover. He has fourteen days to figure out what is going to happen – and to stop it.

In New York, Steel’s NYPD partner, Detective Samantha McCall, is investigating a series of deaths. All seems run of the mill for the homicide detective until they find out that the deaths are somehow connected to the cruise ship John Steel is on.

McCall is convinced there is a mole in the department, but can she figure out who he is – and who he’s working for? Meanwhile, Steel is running out of options… and the clock is ticking. 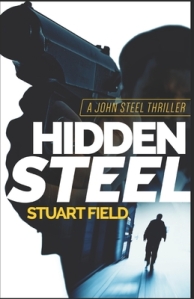 Stuart Field, real name Phil Syron-Jones, was born in Wellington in the UK. He joined the 1st Regiment Royal Horse Artillery at the age of seventeen in 1988 and went on to serve in Germany, Bosnia, Kosovo and the Gulf. Phil retired from the army in 2010 and took a security job in Germany, where he still lives and works. Phil decided to try his hand at writing. An idea came to him and he  just went with it; Steel and Shadows, his first novel, was born:

“When I left the army in 2010 I joined a security firm in Germany, the German Guard Service, for five years, guarding the bases and I was bored at work one day. This story popped into my head. I wrote it down and showed it to someone and they said it was good and it built up from there.” (Shropshire Star, 2/10/18)

Phil decided to self-publish and met with some success. Under the pen name Stuart Field he later secured a publisher for that first novel, Steel and Shadows (Crime Scene Books, 2018) and is now with Next Chapter publishers As Phil was already publishing his own work, there are already five more Steel stories ready to go. Publishing details are currently being worked out for the next in the series, Hidden Steel. Phil is currently working on a new stand-alone novel.

Despite his time in the army, Phil says that there are “absolutely no similarities” between his life and the life of his main character, John Steel:

“The story is a lot more fun than your usual crime thrillers. Usually they’re very dull and this is a bit more of a cross between James Bond, Castle, Jack Reacher and it’s a lot more fun.”

The knowledge and experience gained through a long military career do go towards the credibility of the novels though. 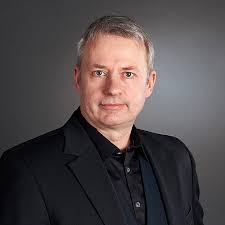