It was meant to be a harmless adventure…or so he thought.

When a ten-year-old boy playing hooky from school sees a young woman’s body hanging from a tree, a man at the scene gives chase.

Still recovering from near fatal injuries, Jack Mason is sent to investigate. He knows the boy’s life is in danger, but that’s the least of his worries. There’s a much darker side to this investigation, and one that threatens to change many people’s lives.

What really happened in the woods that day? What dark secrets was the dead woman hiding?

And who, or what, is Chameleon?

You will be hooked from the start by this gripping crime thriller. There’s tension, suspense, and a plot full of unexpected twists and turns. Order your copy today.

Don’t miss out on the rest of the series: 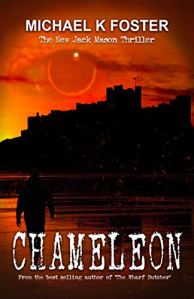 The two questions that a crime writer is most likely to be asked are: What is your writing process? How long does it take you to write a crime novel?

The simple answer is, I do not stick to any strict writing routines as I never know what is going to happen in my books. I do not start at the beginning; nor do I work on an ending as a lot of other authors tend to do. I simply expand on an idea never knowing where it will take me. I call it my sculpting process, and just as a sculptor adds and takes away clay from his subject matter, I do the same with my writing.

Most of the time, writing a book is a slow process. Book 1 for instance, The Wharf Butcher, took six years to write. It was originally futuristic, but I decided it would be best set in the current era and in my own city. I spent a further two years re-writing it. I guess I was on a learning curve and developing my writing skills.

Nowadays, I’m comfortable with writing one book a year. Suffering from dyslexia, I find myself having to constantly go back over my work. I’m a very slow reader, and my biggest fight is with the computer spellcheck. It’s a constant battle between us, but I do love a challenge.

hank you, Michael K Foster and Book On The Bright Side Publicity & Promo

Michael K Foster has been writing crime thriller novels since 2006, all of them based in and around the North East of England. His bestselling debut novel, ‘The Wharf Butcher,’ was released in 2015 and offers a unique insight into this rugged landscape. He has now written four full-length novels featuring the hard-hitting DCI Jack Mason and local criminal profiler David Carlisle. His latest book in the series, ‘Chameleon,’ is scheduled for release in June 2019.

Michael was born in Plymouth, England. After ten years’ service in the British Army, he moved to Newcastle where he gained a master’s degree. A former Magistrate, he now writes full time and lives with his family in County Durham. 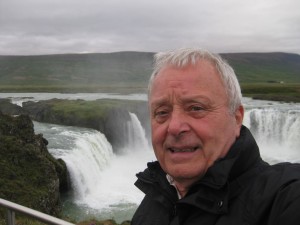