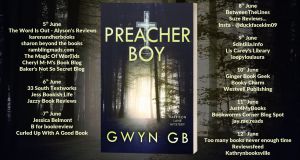 Dr Harrison Lane is everything you wouldn’t expect from a man with a psychology doctorate. For victims, he’s everything they need.

They look, but they don’t see…

As Head of the Metropolitan Police’s Ritualistic Behavioural Crimes Unit, Dr Harrison Lane knows his Voodoo from his Aum Shinrikyo and a Satanist from a Shaman.

Harrison had an unusual childhood, raised by a bohemian mother and one of the native American Shadow Wolves – the elite tracking squad that works with US Drug enforcers. After his mother’s murder, he dedicated his life to tracking down those who hide behind spiritualism and religion to do evil.

Following the discovery of a missing boy’s body in what looks like a Satanic killing, Harrison is called in to help detectives. When a second boy is snatched, it becomes a race against time to save him, and sees Harrison come face-to-face with some dark secrets from his own childhood. 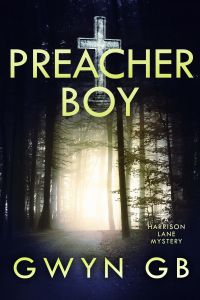 Gwyn is an Amazon Top 20 bestselling author. She’s a former UK national TV newscaster and presenter, and journalist for national newspapers and magazines. Gwyn became a journalist because all she wanted to do was write and has finally realised her dream of being a full-time fiction author. Born in the UK, Gwyn now lives in the Channel Islands with her family, including a rescue dog and 17-year-old goldfish.