Four best friends. One of them is dead. Are their secrets safe?

Uni friends Stacey, Paula, Bev and Valentina used to be inseparable until one weekend before graduation when nothing was ever the same again.

Thirty years later, reunited at Valentina’s funeral, Stacey receives a letter written by her late friend asking for one last wish… that the three friends go back to where things fell apart and finally bury the hatchet.

As they revisit their old haunts of their uni days and follow a series of clues left by Valentina, their friend’s death begins to look suspicious and it is up to them to find out what happened – but they all have secrets to hide.

They say good friends are hard to come by, but when there is so much at stake and someone is lurking in the shadows, how do you know who is a friend and who is a foe?

Weirdly, I like to write in my bed. I have a dedicated writing space at home, but I seem to end up in bed, my dogs curled up next to me and writing late at night or early in the morning instead of at my desk.

No ritual at all. I don’t even have a set routine. I write when I can, but always with my dogs near in case I need to talk through a plot hole with them.

Tea, biscuits or chocolate. There’s no room for celery when I write.

I have so many, but one I read time and time again is “The Stand” by Stephen King. He has always been my “go to” writer and the first writer I can remember being thoroughly obsessed with, all the way back to when I was 13 and read “It” for the first time.

I am always toying with ideas in other genres. I imagine it would be YA though as I read a fair amount of it and it is such a wide, ever-changing genre.

Not at all. I blend certain characteristics that I see in people – the way they hold themselves or little quirks they have perhaps – but no one person is replicated in any of my books.

Yes, I have notebooks everywhere, but most of my ideas seem to come late at night when I’m about to go to sleep or from something I have dreamed and then I have to write it down instantly before it is gone. I have also had some of my best ideas after a few glasses of wine, but they never seem to sound so clever the next day.

There is no genre I wouldn’t necessarily read as I am open to reading anything that interests me, but I tend not to choose romance. I used to steer away from biographies, but I have read and enjoyed a few lately. I think my reading taste depends a lot on what is going on in my daily life and how much I need to be distracted from it.

Definitely Stephen King or J K Rowling, both of whom have such masterful imaginations and I would love to learn any writing tricks they may have.

Asia as I have not travelled there much and the different cultures are fascinating and colourful.

Dawn Goodwin’s twenty-year career has spanned PR, advertising and publishing, both in London and Johannesburg. A graduate of the Curtis Brown creative writing school, she loves to write about the personalities hiding behind the masks we wear every day, whether beautiful or ugly. Now a company director, what spare time she has is spent chasing good intentions, contemplating how to get away with various crimes and misdemeanours, and immersing herself in fictitious worlds. She lives in London with her husband, two teenage daughters and British bulldogs Geoffrey and Luna. 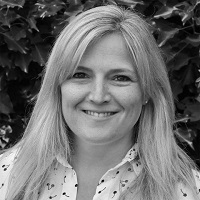