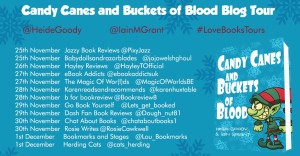 Christmas is a time for families to come together.

Guin Roberts can’t think of anything worse than visiting a Christmas market with her new family. Guin is perfectly happy with her own company and doesn’t want that disrupted by her wisecracking stepbrother and his earnest mum.

Their Christmas celebrations are invaded by a sleigh full of murderous elves. And it doesn’t matter if they’ve been naughty or nice — these elves are out for blood.

Can the family band together to survive the night? Or will Santa’s little helpers make mincemeat of them all? 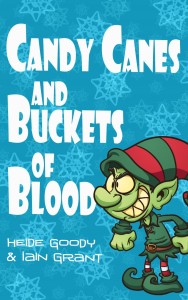 Guin flicked through her book of Little Folk in European Folklore after everyone had finally gone to bed.

However, there was an occasional distracting flicker, just discernible from the corner of her eye. Guin looked up as it happened again. She put the book down and watched. A few minutes later she saw something fly from the open doorway and collide with one of the elf crosses hanging on the back of a chair. Wasn’t the door closed when they all went to bed? The elf cross swung briefly on its paperclip hanger. She lay perfectly still and watched as another three tiny projectiles shot from the doorway. The last of them succeeded in dislodging the elf cross, and it fell to the floor.

Moments later, Guin saw the door open a little further. She held her breath, wondering who was there. She watched as a head came around the door, but it was much lower down than she’d expected. It was the height of a toddler, but with an air of subtle cunning that was something else altogether. The head turned from one side of the room to the other and Guin realised it was wearing a hat with a tiny bell, the tinkling almost too faint to hear. The face had sharp features and eyes that shone in the lamplight. The rest of the figure slunk around the door. It was skinny in a very familiar way. Guin realised she had seen a picture of it in the book.

It was an elf.

Guin watched the eyes swivel round to regard her bed. She tried to shrink back with the least possible movement, avoiding its attention. She began to wonder if she was dreaming — this was a familiar nightmare: the invading presence, the need to keep perfectly, perfectly still.

The elf crept into the room and Guin realised it was carrying something at its side. The lamplight gleamed off a shiny, wickedly pointed blade, as misshapen as an icicle, the grey of winter sky.

Guin felt her heart banging in her chest. She wanted time to figure this out. She wanted to consider why her mind would conjure such a terrifying dream. Was this simply a result of falling asleep while reading the book of fairy folklore?

The elf looked up at her contemptuously before moving purposefully towards Newton in the bottom bunk. Guin realised doing nothing was not an option. She reached out for the nearest thing, which turned out to be a coat hanger on the end of the guard rail, and vaulted to the floor with a loud thump.

The elf hissed and turned its knife towards her. It smelled of old things in boxes, of cinnamon and sugar. Guin thrust the coat hanger forward. She dodged a knife thrust, and then she made her move on the elf. Over its head went the coat hanger and she twisted, using a corkscrew motion to tighten the coat hanger around its throat. It swung its knife at her but, coat hanger in hand, she kept it at more than arm’s length.

“Some help here!” she shouted.

The elf wasn’t giving up. It stabbed and jabbed at her and she pulled away. It never thought to stab at the hands holding the coat hanger, going for her belly every time. The elf’s face turned red as it choked, but Guin’s arms were tiring. Guin swung the coat hanger, the elf still firmly clamped by its neck, up and over, slamming it down against the floor with all of her might. The elf made a tiny Oof! Sound, and went slack.

Guin prodded it with her foot. It didn’t move.

She looked round. “Did no one wake up?” she demanded.

She thumped her dad. “How are you all still asleep?” She turned on the main light. There were grumbles from three sleepy individuals.

“What’s the time?” said her dad, turning over.

“No idea,” said Guin, wondering why the hideous clutter of this building included no useful features like clocks. “That’s not important.”

“What’s the time?” mumbled Esther as though needing confirmation.

“I just killed an attacker.”

Her own words hit Guin hard. She had just taken a life. It was a murderous elf, but it was still slightly overwhelming. It was either horrific and deeply traumatic, or ever so slightly cool. She would decide later.

Everyone was sitting up now, bleary and incredulous.

“Did she say killed an attacker?” said Esther.

“It was an elf and you killed it with a coat hanger,” said her dad slowly. He scanned the floor. “Nightmare, honey?”

“You see,” he said patiently, “sometimes, particularly when we’re sleeping in a strange new place, we see things and we think that they’re — Oh, my God! It’s a dead elf!” 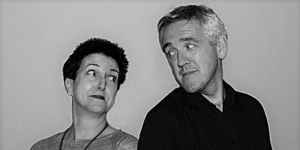