Philip is a good boy, a really good boy, who accidentally gets sent to Hell to become the Devil’s heir. The Devil, Lucifer, is dying and desperately in need of a successor, but there’s been a mistake and Philip is the wrong boy. Philip is terrible at being bad, but Lucifer has no other choice than to begin the difficult task of training him in the ways of evil. Philip gets both friends and enemies in this odd, gloomy underworld—but who can he trust, when he discovers an evil-minded plot against the dark throne?

The Devil’s Apprentice is volume 1 in The Great Devil War-series.

On becoming a writer

I started writing when I was in the 10th grade. I had never written anything before other than school assignments, but I loved to read and at one point I got so inspired by the books I read, that I started creating my own stories. Especially one particular author got me going: Stephen King. I was introduced to King’s books when I was in the 8th grade by my teacher, and man, oh man, his books blew my mind. His stories and the feeling of his writing resonated very strongly with me and a few years later I turned on the computer (and Amiga 500 – this was waaay back then) and started writing.

I ended up with a horror novel called The slaves of Nidhug and is was … well, horrible. Of course it was rejected, BUT I had found my calling. Writing was what I wanted to do so I wrote another novel. And another. And another. And so on. During the next six years I wrote between 15 and 20 books of every genre, children books, YA-books and books for adults. The only thing they had in common was that all of them were … well, horrible. They were all rejected, BUT I could feel that I was getting better at writing and sometimes the publishing house even had some nice things to say about my stories.

At the same time it became an obsession for me to show them that I could something that was good enough to get published. So I was never close to giving up – on the contrary – and once again Stephen King was the reason. Above my desk I put a framed Stephen King quote where he says writing is a matter of exercise. Kings says: “If you work out with weights 15 minutes a day over a course of ten years, you’re gonna get muscles. If you write for an hour and a half a day for ten years, you’re gonna turn into a good writer.”

A very pragmatic view on writing, and it meant that even I – if I kept going and kept practicing – would eventually succeed. Now – more than forty published books later – I’m very happy that I took King’s advice.

And by the way, that quote? It’s still hanging above my desk, reminding me to write every day. To keep practicing.

Thank you, Kenneth B. Andersen and Love Books Group Tours

I was born in Denmark on a dark and stormy night in November 1976. I began writing when I was a teenager. My first book was a really awful horror novel titled Nidhug’s Slaves. It didn’t get published. Luckily. During the next 7 years, I wrote nearly 20 novels–all of which were rejected–while working as a school teacher. The rest of the time I spent writing. In 2000 I published my debut fantasy book, ”The Battle of Caïssa”, and that’s when things really took off. Since then I’ve published more than thirty-five books for teens and young adults in genres ranging from fantasy to horror and science fiction. My books have been translated into more than 15 languages and my series about the superhero Antboy has been turned into three movies. A musical of The Devil’s Apprentice opened in the fall 2018 and the movie rights for the series have also been optioned. I live in Copenhagen with my wife, two boys, a dog named Milo and spiders in the basement. 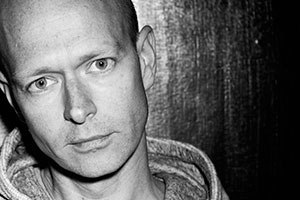