A story of Family, Rationing and Inconvenient Corpses.

Life in 1918 has brought loss and grief and hardship to the three Fyttleton sisters. Helped only by their grandmother (a failed society belle and expert poacher) and hindered by a difficult suffragette mother, as well as an unruly chicken-stealing dog and a house full of paying-guests, they now have to deal with the worrying news that their late – and unlamented – father may not be dead after all. And on top of that, there’s a body in the ha-ha. 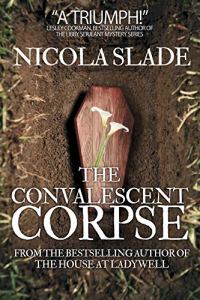 When I started writing The Convalescent Corpse, I vaguely knew it would be a cosy mystery set in WW1 but had very little idea about Who, What, Why or When, until I had a brainwave and realised that a hospital would be an ideal setting. But how to make that work? I puzzled over it until I remembered that Downton Abbey (which I watched avidly!) had become a hospital for convalescent officers in WW1.

Downton was rather out of my league and that of my characters, but a house full of men could surely act as a ripe breeding ground for murder? I pictured a Victorian shooting lodge – small by lordly standards but big enough for my purpose – and plonked it down next door to my family’s home. A quick Google showed that there had been hundreds of such places, often set up by a grand lady in her own stately home, so there I had the setting for my mystery.

At the start of WW1 it was estimated that 50,000 hospital beds would be needed. By the end of 1914 it was clear that was quite wrong, with more than 70,000 wounded men having been brought back to the UK already. Besides the acute hospitals, such as the huge Royal Victoria Hospital at Netley in Hampshire, a quarter of a mile long (345m) and with 138 wards, there was a need for somewhere for the wounded to convalesce, leading to many official and private small hospitals being set up.

If you watched Downton Abbey, you’ll have seen how accommodation for recovering officers was set up, with rows of beds in former grand drawing rooms and staffed with volunteers, most of them trained with the Voluntary Aid Detachment. This suited my purpose perfectly so off went Alix, the eldest of the three young sisters in my book, to be a volunteer at the neighbouring hospital. As Christabel, whose diary forms this book, says: ‘Alix has high hopes of persuading one of the wounded officers (as yet unselected) that his future survival depends on having her always at his side and that he should be, like Jane Austen’s single gentleman, “in need of a wife”.’

Naturally, nothing goes according to plan, and the girls are beset by bodies, alarming visitors, difficult lodgers and actual physical danger…

Thank you, Nicola Slade and RachelsRandomResources.

Nicola Slade lives in Hampshire where she writes historical and contemporary mysteries and women’s fiction. While her three children were growing up she wrote stories for children and for women’s magazines before her first novel, Scuba Dancing, was published in 2005. Among other jobs, Nicola has been an antiques dealer and a Brown Owl! She loves travelling and at one time, lived in Egypt for a year. The Convalescent Corpse is Nicola’s 9th novel. Nicola is also a member of a crime writers’ panel, The Deadly Dames https://www.facebook.com/DeadlyDames/ 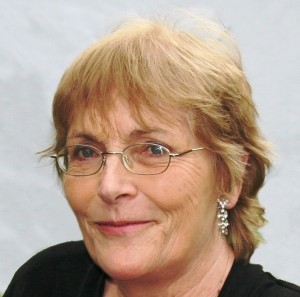