It’s been a year since Rima Khalaf died in a fall from the Black Rock, deemed to be a tragic accident by the police. But her grieving parents are dissatisfied with the police investigation, so DS Amanda Pitt is sent north from Glasgow to the small town of Clachdubh to re-examine the case. Despite the suspicions of the distraught parents, all the circumstances seem to confirm Rima’s death was indeed a tragic accident, until another woman is also found dead in the town. Frustrated by the lack of any real evidence, DS Pitt pushes the limits of legality in her quest for the truth. 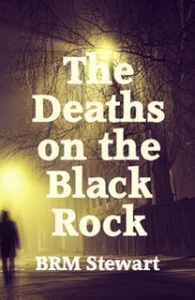 Being a mathematician, I was always interested in the development of mathematics – and science too – over the ages. The problem is that the history of these things has traditionally been dominated by a Western European perspective, so the story went that the mathematics from the ancient world – Euclid and Archimedes and the rest – was brought to the west by the Muslim invasion from the early 8th century, and then developed into what we have now from the Renaissance onwards.

But that’s not true. During that Muslim domination of North Africa, Portugal and Spain a huge development in science, medicine and mathematics took place. Our numerals are Arabic. The word ‘algebra’ is from the Arabic al-jabr, and ‘algorithm’ – a word widely used these days – is from the mathematician al-Khwarizmi. Omar Khayam was a mathematician who did poetry in his spare time. Anyone who has visited Spain and Portugal will have seen Muslim art and architecture (‘Algarve’ is Arabic of course, meaning ‘the west’). These people were cultured and inquisitive.

The high point of that civilisation was perhaps the Caliphate centred on Toledo, where all cultures and faiths met, discussed developments, and progressed knowledge and skills. This was the ‘Golden Age of Islam’ that lasted for a couple of hundred years.

It ultimately came to an end with the Christian invasion in the late 11th Century. After that came the Spanish Inquisition and a repressive Catholic rule across all Europe: scientists such as Galileo who dared to challenge the Church were imprisoned. It has been said that this set back civilisation by a hundred years at least. In an alternative world, we could have been to the moon in the 18th century.

The contrast between that time and the modern age, where there is a narrative that Christianity is benign and progressive and the Muslim religion is repressive, is compelling, and that was my starting point for a story.

My novel ‘1000 years from Toledo’ featured Rima, a young teacher from a Muslim background but who didn’t practise her religion. She lived and worked in Dumbarton, and was writing historical fiction set in the time of that Golden Age of Islam.

Also in Dumbarton, working in Tesco, was a teenager called Gary. He too was writing historical fiction, set in Dumbarton around the 10th century, featuring a lawless, wild version of the Kings of Strathclyde, who ruled that part of Scotland prior to unification and the Scottish history we are more familiar with, including the Wars of Independence.

I wrote twenty thousand words or so, and sort of ran out of steam, and left it for other projects.

But one January, when I was looking to start a new novel, I picked up on that core idea. This time I started with Rima already dead and Amanda Pitt trying to unravel what exactly had happened to her. I felt it worked better, even though I’d inadvertently used a technique called ‘fridging’ which is much criticised these days.

This became The Deaths on the Black Rock, and is pretty much a straight crime thriller. I’ve kept some extracts from Rima and Gary’s writing, though (Gary’s writing is a bit odd, but he is a teenage male after all), and some of the characters comment on that world situation where Islam is demonised by some sections of our society. I hope readers enjoy the plot, but I also hope they learn something and that they begin to think about that historical perspective. (Too many commentators these days, including major politicians, seem to have little real knowledge of history.)

Brian RM Stewart was born in Rutherglen and grew up in Grangemouth. He attended Glasgow University and Jordanhill College of Education, taught in Edinburgh, then moved to Nairn where he and his now-late wife Jan raised their children. Brian now lives in Broughty Ferry with his wife Sally, where he is a member of the Angus Writers’ Circle and an active member of Rotary. Brian spent much of his working life teaching mathematics and computing, but is now partially retired and lectures for the OU. When not writing, Brian attempts to play golf and the guitar (though not at the same time), and is a keen Bridge player. He has published two previous movels, Digital