‘I’m your husband, Chloe. We’re a partnership now and we do what’s best for us as a couple. Staying here is going to be the best option.’ He picked up his drink and took a sip. ‘It’s not open for discussion. We’re not going home.’

Chloe had the dream wedding. Dan is her perfect man. They haven’t known each other for long, but as she walked down the aisle and saw him standing by the altar, tears glistening in his eyes, she knew this was forever.

Later, as they relax on a beautiful island, settling in to their new married life together, they congratulate themselves on their lovely wedding day, and Dan jokes that he’d like them to stay there forever.

But as the honeymoon goes on, he becomes increasingly adamant. They shouldn’t leave. In fact, he won’t let her…

Honeymoon … synonym of love, happiness often combined with sea, sand and sun in an exotic location. That’s what Chloe was dreaming of as well, but dreams don’t always come true, do they?

This is one of those books that come with an invisible hand. Once you open it, the hand comes out and grabs to by the throat to drag you into the story.

I was captivated and I thought I knew what was going on, but once again I was confronted with the fact that nothing is what it seems and you never seem to know someone 100%.

People who have their backs against the wall, are very dangerous. You might be in for a very unpleasant surprise.

But what goes around, comes around each and every time even if you think you had it all well planned. Well was obviously not good enough :). Remember : two can play at that game. 5 stars.

Rona lives on the Isle of Man with her husband, two dogs and three guinea pigs. She has been a bookworm since she was a child and now she’s actually creating stories of her own, which still feels like a dream come true.

She is an outdoorsy person and loves stomping up a mountain, walking the coastal paths and exploring the wonderful beaches on the Island while she’s plotting how to kill off her next victim. She also makes sure she deletes her Google history on a regular basis, because… well, you can’t be too careful when you spend your life researching new and ingenious ways for people to die.

She has three children and two step-children who are now grown up and leading varied and interesting lives, which provides plenty of ideas for new stories! 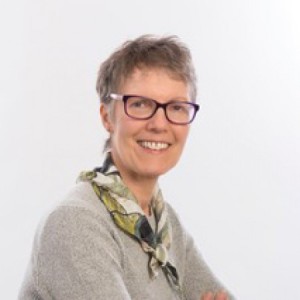