Glasgow, 1975. How do you cope when your boyfriend kills himself because of you?

When Bobbie Sinclair’s boyfriend commits suicide and blames her, she vows never to love again. Instead she chooses to lead a double existence, kind-hearted by day and promiscuous by night. She increasingly struggles to maintain the balance between light and dark and soon finds herself sucked into the world of a controlling and ruthless crime lord from which she must escape.

Set against a vibrant but seedy 1970s Glasgow backdrop, Love’s Long Road plots Bobbie’s desperate plight. Starting a new life but constantly afraid of her past catching up with her, she battles danger, adversity and drug addiction on the long and perilous road back to love.

Love’s Long Road is about dealing with the guilt of terrible events in your past and the risk of being corrupted by the world around you; it is a story that captures to perfection what it was like to be young and single in the 1970s.

I was placed third in the 2015 Lightship Prize for first-time authors, won a 2016 Wishing Shelf Award Red Ribbon, been shortlisted at the UK Festival of Writing for Best First Chapter, longlisted in the 2017 UK Novel Writing Competition.

In 2017, I was one of twelve authors selected for Authors in the Spotlight at the Bloody Scotland book festival in Stirling, showcasing who they considered to be the best emerging talent in crime fiction, and was the only self-published author to be chosen. I have spoken at numerous other book events, including Blackwells’ Writers at the Fringe at the Edinburgh Festival Fringe; a stand-alone slot at the Byres Road Book Festival in Glasgow, and the Aye Write! Book Festival, also in Glasgow.

I went to Glasgow University in 1975 and lived in the city’s West End, the time and place for the setting of the majority of Love’s Long Road. 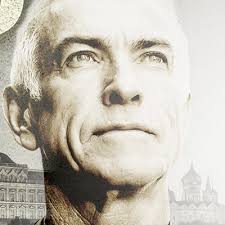