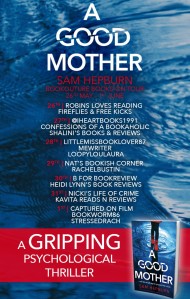 I see my son’s scooter lying in the undergrowth. Time stands still. Where is he? Deafened by my own heartbeat, I keep looking but I can’t see him. This is all my fault. My punishment for the things I did, and the things I should have done.

All I ever wanted was to keep my son safe. I married the perfect husband, built the perfect home. I’ve tried to give Finn the life I never had.

Everything was going so well. Until now.

It’s just small things at first – a punctured tyre, an open gate that I’m sure I locked. But then I see the photograph of two young girls, and a night I’ve tried to forget.

I know I have to stop pretending that nothing is happening. I can’t escape the truth.

Someone knows my secret. But what do they want from me? 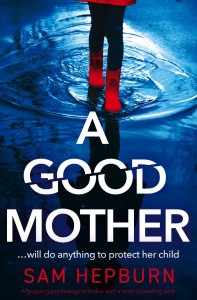 When are you considered being a good mother? It is because you give them everything money can buy but leave them hanging on the emotional side? Or is being poor, only being able to give them the basics, but love them with all your heart and show it?

Does being a good mother only applies to caring for your own children or can you love someone else’s so much you consider them your own?

Is being a good mother trying to turn your child into someone he isn’t or is it about letting them be their own person with their own strengths and weaknesses?

Are you a good mother when you only accept the child when you can use them to your own advantages or is it about putting your child’s needs before your own and fight for them with everything you have in you?

When you had an unhappy childhood, are you doomed to turn to crimes in order to stay alive? Sometimes unfortunately the answer is yes. You are vulnerable and thus an easy victim and when nobody takes notice, you are indeed doomed. Don’t forget there are some people who care and want to help you, but you have to let them. Be careful though, they might not do it for the right reasons, but do it because they have their own agenda…

The main character is Nicola. The author takes us on a trip through her life. We see pieces of the past to fill in the blanks in the present.

I loved this story. In my opinion the 5 stars are well deserved.

Thank you, Sam Hepburn and Bookouture

Sam Hepburn read modern languages at Cambridge University and, after a brief spell in advertising, joined the BBC as a General Trainee. She worked as a documentary maker for twenty years and was one of the commissioners for the launch of BBC Four. Since then, she has written several books, including psychological thrillers Gone Before and Her Perfect Life, and novels for young adults and children. She won the 2017 CWA Margery Allingham Short Story award and has been nominated for several other prestigious prizes, including the CILIP Carnegie Medal for her YA thrillers.

Sam has worked and travelled widely in Africa and the Middle East, and is a trustee of the Kenyan’s children’s charity, I Afrika. She now lives in London with her husband and children.