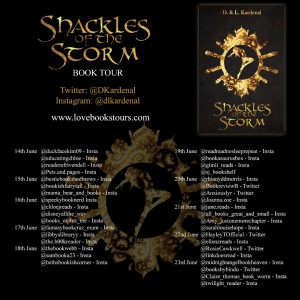 Spirits of Seiran I

Kahlaran hasn’t had a djinn in decades. At least none that they know of.

Zaira has so far successfully avoided being found out as a wind spirit, steering clear of trouble and living the life of an ordinary human. Her luck finally runs out when she meets one of her own kind: a water djinn somehow hell-bent on evicting her for a murder she didn’t commit. Without her past djinn powers and the whole city against her, the odds of a happy ending are quite slim.

Luckily, she’s not alone. Forming a hasty alliance with fellow scapegoat and hot-headed mercenary Ezair, the pair has to navigate through the slums and shady brothels of the city, fighting guards, ghouls, magicians, and occasionally each other. But can they really overcome an enemy capable of peeking through every puddle, cup, and teardrop? 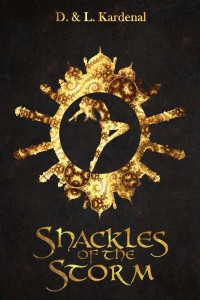 Crystal dens, they called it, weren’t against the law. Not since Prince Charta sat on the throne, at least. They were horrible, indecent places where people went to forget sorrow and misfortune for the cost of a full pouch and yesterday’s memories.

They were profitable, though. The one Inspector Rashad had to enter now was essentially a small palace, supposedly belonging to a wealthy nobleman, even though the owner himself was nowhere to be found.

Rashad walked past two stone fountains—a particularly great luxury in the dry season—, then entered through the main door. He could only see silhouettes of the dozen or so people lying on the carpet because everything else was clouded by a sweet-smelling mist.

Suddenly a crooked, impossibly thin man appeared beside him with a bland smile and reddened eyes. “Good evening, my lord. Care to join the event?”

The man’s gaze wandered downwards to notice the sword hanging from Rashad’s waist, then took an unwilling step back.

“Forgive me, my lord, I didn’t know you’re a soldier.”

“I’m an inspector, tasked to find a girl that said to be here. About twenty years, working at the Asbith perfumery. Do you know her by any chance?”

“I think you’re looking for Zaira, my lord. At the end of the room, next to that short water pipe.”

Rashad followed the man’s directions and saw a lean girl half-lying, olive-skinned with a pointy nose and free-flowing dark brown hair. Their eyes met for a brief second, and the iridescent silvery gaze stunned him. They were otherworldly, like two tiny suns with dark silver and bright platinum rays shining forth from the middle. The eyes of people intoxicated by dream crystal often gleamed, but not as much as hers did.

Thank you, D. and L. Kardenal and Love Books Group

Dar and Lory Kardenal are a pair of indie writers, and authors of the new fantasy novel Shackles of the Storm. Writing characters and creating worlds and stories on internet forums with other fantasy geeks for a decade, their first novel encompasses that experience to breathe life into the magical world of their work. In their other life they are Hungarian medical student and a neuroscientist on her way to PhD, and devoted servants of two cats. 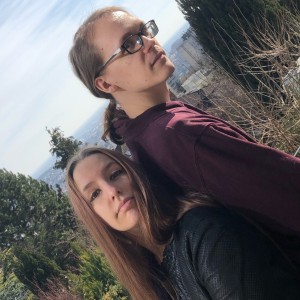