Ryan Logan thinks he has it all… A young attorney specialising in finance and tax law, Logan has earned an impressive reputation and commands a hefty fee for his services. But when he advises his corporate employers against a merger with a shady financial institution, he soon finds himself caught up in a web of betrayal and deceit. Framed for the murder of his wealthy boss, Logan is forced to accept a plea deal, to keep his own dark secrets from coming to light…

Arbitrage is a fast-paced, stand-alone financial thriller. If you like edge-of-your-seat suspense, sweet revenge, and twists and turns you won’t see coming, you’ll love this eye-opening look into the world of financial crime.

Can a burned out lawyer outwit an army of con artists and killers?

Colette Kebell is an eclectic author, though a relatively new one and thus far has self-published her books. Her books are light-hearted, fun and quirky and even considered by some to be inspirational.  She publishes mostly for the English speaking market and the Italian one.  Colette Kebell does not stick to just one genre when writing though, as you shall discover from her latest book to be launched on 5th April 2019

As a career, Colette spent her later years as a legal secretary. After a first attempt at writing many years ago (a book that still remains in her drawer) she resumed this passion a few years back, after being made redundant.  After few book signing events and a book talk, which almost caused her to collapse with nerves, Colette now spends her time between her home in the UK and her home in France.

Colette has two adorable dogs and, when not writing and marketing her books, she likes cooking for herself and her husband, gardening or designing various items for their home.  Amongst her other hobbies, she has also experimented with furniture upholstery, and she might, from time to time, have a paintbrush in her hand. 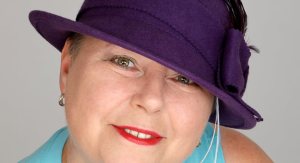