In the close-knit community of Carrenporth in Cornwall everyone knows everyone else’s business. Luke Carrack is only too aware of this. He’s been away for two years but nothing has changed – from the town gossips who can’t see past the scandal of his childhood, to the cold way he is treated by some of his so-called family.

The only person who seems to understand is local hotelier’s daughter Cat Trevelyan, although even Luke’s new friendship with her could set tongues wagging. 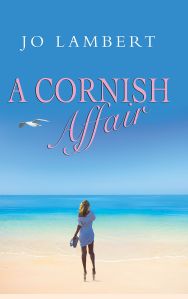 This was an absolute treasure. I thought it would be a love story pure and simple, but the author regaled us some suspense as well.

You were under the impression that you had it all but afterwards another lovely love story is revealed.

I am a huge fan of a mixture of friendship, love, intrigues, suspense, sadness and
of course what is a cake with the icing : the happy ending?

It was a very fluently written book and I could not put it away. I want to know what happens next, so I sincerely hope the author has started the book book already. 🙂

I just adored it. 5 stars

Jo Lambert lives on the eastern edge of Bath with her husband, one small grey feline called Mollie and a green MGB GT. She is a member of the Romantic Novelists Association and the Society of Authors.  She has been writing since 2008. Her first five books, a set of linked romantic sagas following the lives of several families in West Somerset, was followed in 2015 by Summer Moved On, a contemporary romance set in South Devon. A sequel, Watercolours in th Rain followed in 2017,

In June 2018 Jo signed to Choc Lit and her debut A Cornish Affair, set in North Cornwall, has just been published. Jo is currently working on another coastal romance, this time set in South Cornwall.

When she isn’t writing she reads and reviews. She also has an active blog.  Jo loves travel, red wine and rock music and she often takes the odd photograph or two. 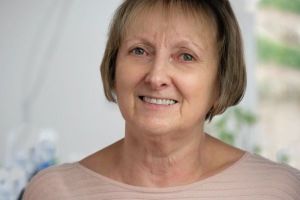