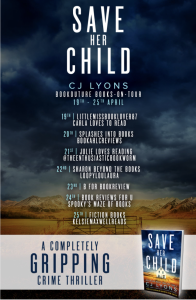 She held her baby in her arms and she knew in that moment that he’d be coming for her. She couldn’t tell anyone her name, she couldn’t let him find her. She had to keep her child safe.

In the summer heat at the Craven County Fair in rural Pennsylvania, Dr Leah Wright is shocked to find a pregnant woman hiding from view and in labor. Leah manages to deliver the baby safely, but the woman won’t reveal her name. She’s terrified, running from someone, and days later both she and her newborn son go missing…

Desperate to save them, Leah turns to Detective Luka Jericho for help. Eager for Leah’s help with a complex case of his own, Luka asks Leah to interview the widow of a man who has just been murdered. Soon they uncover a shocking connection between the two cases: the widow’s lawyer, a local minister, Reverend Harper, was spotted driving the missing mother away from hospital. Is this the man she was so afraid of?

When Reverend Harper refuses to talk, Luka and Leah turn to the only person who he might speak to: his daughter and Luka’s newest detective, Naomi Harper. But Naomi’s childhood in her father’s stark white house up in the mountains was more painful than Luka and Leah could ever have imagined. Is it already too late to save the woman and her baby? 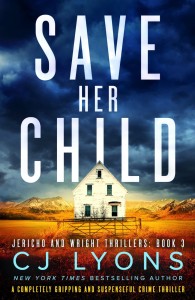 DS Jericho and Dr Wright have met under tragic circumstances in the first book and although their relationship was bad in the beginning, they have found they can work very well together and even have become friends.

DS Jericho has to deal with a murder case and a surviving partner who could easily win an Oscar for their performance. Dr Wright is working on a medical case with a patient who is hiding more than they are revealing.

Two separate cases or so it seems in the beginning, but little by little they suspect there is a very strong connection between them.

One cheater is being cheated by another one who is cheating on someone else. I suppose you can guess what it is that drives people to murder and deceit…

Lives clearly do not really matter…

Let’s not forget about detective Harper. A rookie but a force to be reckoned with. While dealing with her own major case, she is like an octopus. Wherever she is needed, she delivers. She certainly is a big asset to the police team.

A great story once again. I had an inkling about one thing but there was a lot where I did not have the slightest idea about who or what and of course a lot where I missed the ball completely. 😊  5 stars

Thank you, C.J. Lyons and Bookouture

As a pediatric ER doctor, New York Times and USA Today Bestseller CJ Lyons has lived the life she writes about in her cutting edge Thrillers with Heart.

CJ has been called a “master within the genre” (Pittsburgh Magazine) and her work has been praised as “breathtakingly fast-paced” and “riveting” (Publishers Weekly) with “characters with beating hearts and three dimensions” (Newsday). 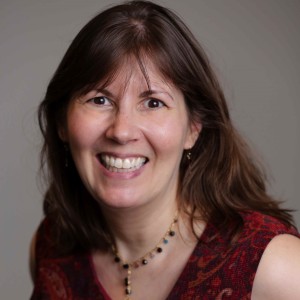